This week, the nation clutched its collective pearls about the story of Debra Harrell, whose 9-year-old daughter was taken into state custody after the child was discovered playing alone at a park near her mother’s place of employment.

The 46-year-old worked at a McDonald’s in North Augusta, South Carolina, and on some days during her shift she allowed her daughter to spend the day at Summerfield Park, where she had access to a splashpad, playground and open green spaces. Harrell’s daughter used to spend her summer days inside the McDonald’s playing on a laptop her mother scrimped and saved to buy, until it was stolen during a home robbery. Possibly lacking other options for child care — or knowing her child was mature enough to spend the day unsupervised while playing in a neighborhood park with dozens of other children — Harrell gave her daughter a cellphone and her blessing to go outside and play. 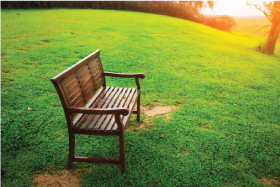 Local reports say July 1, an unnamed adult asked the child where her mother was. When she replied, “at work,” the shocked good Samaritan called the police, who promptly picked up the girl, declared her “abandoned,” and arrested her mother. Harrell’s daughter is now in social services custody, and her mother has been charged with “unlawful conduct toward a child.”

On its face, this story raises all manner of issues from affordable childcare to helicopter parenting and neighborhood safety.

But there’s another angle here for those of us in the park and recreation industry, and that is: What happened to the notion of parks as safe places for our children to play?

This writer remembers an era when it was expected a child’s free time — whether during the summer, on weekends or after school — would be spent outdoors, usually unsupervised. Although I grew up in the rural Midwest, this was not a condition limited to America’s breadbasket. City kids went outside, too, to places like Summerfield Park, the middle school playground or some other scrap of open space. The worst outcomes my friends and I suffered were cuts and bruises, and I imagine the problemsolving skills, autonomy and confidence we gained through making trial-and-error decisions as youngsters benefit us to this day.

Before the Reagan era, before cases like that of Etan Patz and before media became saturated with “Law & Order”-type serials and the 24-hour news cycle, there was a general sensibility that kids had the wherewithal to navigate their local territory without much harm or the intervention of some concerned adult. There existed an assumption that, for the most part, our public spaces — particularly playgrounds and parks — were a child’s domain, and adults were merely a means of transport and provider of snacks upon return home.

Today, we live in an atmosphere where a parent’s worst nightmare — the abduction, assault or murder of their child — seems an all-too-likely possibility. With little basis in fact or reality (crime rates have actually been dropping precipitously since the 1990s), we’ve allowed an atmosphere to permeate our communities that pegs every stranger on the street as a potential bad guy and necessitates every caregiver become an ever-present protector. This is the atmosphere that provokes observations like that of one North Augusta resident interviewed in the wake of the Harrell incident, who said, “You cannot just leave your child alone at a public place, especially. This day and time, you never know who’s around — good, bad — it’s just not safe.”

As park and recreation professionals, we need to remind our constituents that our agencies offer the kind of services and assurances that can help turn back the clock to a time when the public trust was a bit stronger and children’s free time was spent outside with friends or the family dog, rather than constantly under their parents’ watchful eyes. 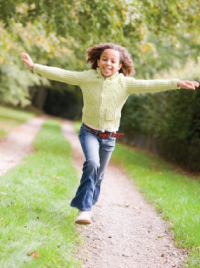 Many agencies offer free or low-cost childcare, but how many caregivers in our community know about those services? Park and recreation professionals are adept at providing exciting programs to boost a child’s physical health, mental acuity and overall confidence, but are the residents we serve taking advantage of them? Further, park and recreation agencies provide programming and access to a wider swath of the public than perhaps any other entity, including those with physical disabilities, low-income residents, the elderly, LGBTQ and transgendered individuals, children and adults, but are we trumpeting that incredible inclusivity loudly enough?

Perhaps if Debra Harrell or Shanesha Taylor knew they might look to their local park and recreation agency for childcare options, neither would find themselves in their current positions, charged with crimes and their children in state custody.

As the families we serve move through the twists and turns of daily life, we need to remind them of the way their local park and recreation agency can function as an ancillary family member. We are the ones who will watch the children and create the safe, open spaces where they play. Our agencies are the places where parents and caregivers can leave their charges in a nurturing environment to learn and develop.

We are the support our communities are seeking and now, more than ever, it should be our primary mission to say so, loud and clear.