Parks Build Community is a national initiative demonstrating the transformative value of parks on the health and vitality of communities across America. The vision to build and revitalize parks as thriving gathering places for youth, families and adults is one shared by NRPA, its industry and non-profit partners, and the thousands of park and recreation professionals who develop and maintain these treasured public places.

Each year, NRPA conducts a complete park makeover in partnership with park equipment manufacturers and community organizations within the city hosting the NRPA Annual Conference. Starting in 2008, the annual Parks Build Community project has included the restoration of existing parks, as well as building new parks completely from scratch. You can learn more about each Parks Build Community project below. 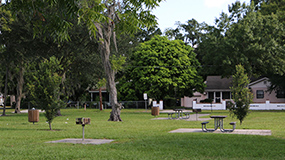 The 2020 Parks Build Community project of Grand Avenue Park in Orlando, Florida marks the 10th NRPA Parks Build Community endeavor. Working with the City of Orlando Families, Parks and Recreation Department, portions of the park will undergo significant renovations as corporate donors and local companies come together to transform the area into a vibrant public space where residents of all ages can gather and play. 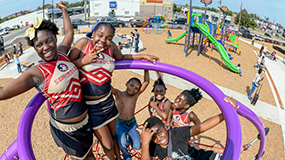 The 2019 NRPA Parks Build Community project of Catherine Street / ABC Park in Baltimore began in December 2018 with a groundbreaking ceremony. The park was completely rebuilt in 2019. The grand reopening was held at the 2019 NRPA Conference. 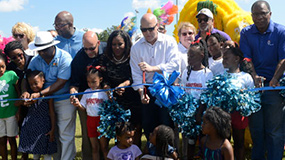 The 2017 NRPA Parks Build Community project is located along the Lafitte Greenway in New Orleans, Louisiana. Connecting the French Quarter to City Park, the greenway had been an essential travel and shipping corridor from the Mississippi River to Lake Pontchartrain for more than two centuries. 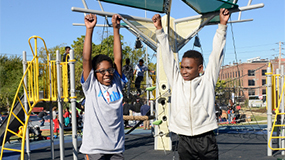 In 2016, NRPA partnered with Great Rivers Greenway, the regional parks and trails district in the St. Louis region, and the city of Wellston, Missouri to transform a vacant lot in to Trojan Park - a vibrant urban park known as Trojan Park. 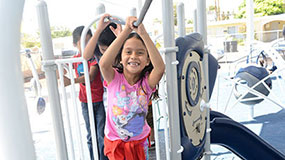 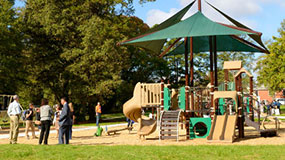 The project to complete this park, located in Charlotte, North Carolina focused on improving access to the space and increasing recreation options to the neighbors of the park in this economically disadvantaged neighborhood. 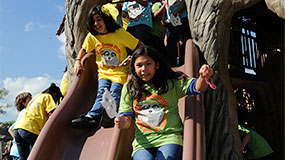 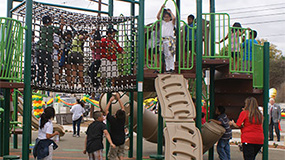 This jewel of a park in Los Angeles fills a need in the community for open space and play areas. The park includes a nature play garden, a 4,000 square foot playground, and an adult fitness zone. More than 5,000 kids live within two miles of the site. 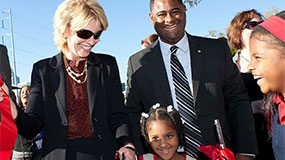 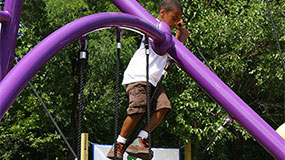 The first Parks Build Community project, focused on this Washington D.C. park and included the installation of a state-of-the-art playground for children. A park cleanup and beautification of the surrounding area was also completed.

How Can You Help?

NRPA is seeking continued support for the annual Parks Build Community initiative. To learn how you can help, please contact Nury Márquez at 703-858-2163 or by email.

How hospitals, parks and rec promote health together

Pool in Bethlehem, Pa., will reopen after renovation