Originally posted by the Alliance for a Healthier Generation on Medium.

It’s National Parks and Recreation Month, which always makes me wax nostalgic about the center of my childhood existence: PLAY.

I had the privilege of growing up in The Bronx, New York, in the 1960s and 70s. For my generation, play was always about the street games that got passed down to us from the older kids, who in turn had learned them from the kids who came before. I’m talking punchball, stickball, stoopball, King and Queen, and every conceivable game we dreamed up with that magical, pink bouncing ball called the Spaldeen; Ringolevio and countless, creative varieties of tag; and Johnny on the Pony and all the different ways we risked bodily harm for a bunch of laughs.

Back in the day, street games on our block (plus the occasional sojourn to Bronx Park for basketball, football, and sleigh riding) was pretty much a full-time gig. From the moment we dropped off our school bags at 3 pm until our folks called us in for dinner — and after dinner on weekends and summer nights — we were out in the street running and competing with our buddies and our rivals. No play dates were needed: we had instant access to a gaggle of kids our age and we all had to figure out how to get along with each other. My goodness, I even had to figure out how to get along with Yankee fans, can you imagine that? If any of us stepped out of line, the “big kids” would restore order; and, back then, any adult on the block wouldn’t hesitate to keep someone else’s kid in line.

If you want to know what play meant to kids back in those days, check out the heartwarming and fun 2009 documentary video, “New York Street Games.” It features an all-star cast of celebrities, including Whoopi Goldberg, Regis Philbin, and Ray Romano, reminiscing about the games they played as children on the streets of New York. Although the focus of the film is the nation’s largest city, the games described and the carefree joy of playing depicted has struck a chord with viewers who grew up in other cities and even in rural areas. It captures a time and spirit that many of us feel has perhaps disappeared, or at least been greatly diminished in today’s America. Nowadays, for any number of reasons, you don’t see children playing on the streets nearly as much as they did in the past. In addition to being less physically active, today’s children are missing the opportunities for developing creativity and social skills that street games gave to prior generations; their communities are also experiencing less social cohesion, which contributes to countless social ills.

If you do check out that video, you’ll see me featured in it: along with the late great Dr. C. Everett Koop — former US Surgeon General, public health hero, and Brooklyn native — I was interviewed to describe the negative health consequences that have resulted from the declines we have seen in youth physical activity in recent decades. Dr. Koop and I also had the fun opportunity to describe our favorite New York street games from back in the day.

Of course, it won’t be easy to recapture the simplicity and innocence of bygone days when kids would spend so many hours playing games in the street. But we owe it to our kids to give them as much of the magic of play that we can liberate them to experience. So, in honor of National Parks and Recreation Month and in gratitude for all those countless hours of street games that added so much meaning and joy to our lives, I ask you to think about how we can give kids more opportunities and motivation to play and, thereby, live healthier, more active lives. A few ideas include:

· Support the activities of your local parks and recreation program and, on a national level, the amazing work done by the National Park and Recreation Association.

As Ray Romano says in the film, back in the day “you were your own Nintendo.” Now, we might say “you were your own smart phone.” But the point is really that the power of play transformed our lives through the passion we cultivated for physical activity and the compassion we cultivated for one another. Let’s do what we can to pass that on to a new generation of children. 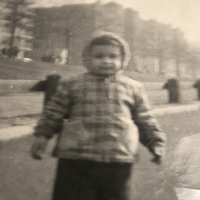