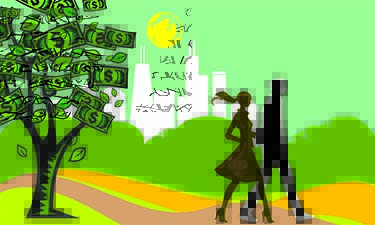 First at the NRPA Annual Conference in September and then later in November, we shared exciting news that adds to the already compelling message of how local and regional public parks contribute to their communities. The headline was that spending at local and regional public parks contributed almost $140 billion in economic activity and generated nearly 1 million jobs in 2013. These numbers enhance an already robust list of reasons why public parks are important partners to their communities.

So, What Do the Findings Mean?

Indirect effects capture the spending associated with the park systems’ vendors. Consider the example of a park system contracting with a local company to spray for mosquitoes. To deliver these services to the park system, the pest control company will hire employees, purchase pesticides and contract with a bookkeeping service. The bookkeeping service, in turn, rents office space, hires workers and purchases office supplies and so on. All of the spending by the pest control company and its vendors represents the indirect effects of park agency spending.

Induced effects track the employees of both the park and recreation agencies and their vendors spending their wages in the economy.

According to the U.S. Census Bureau, local and regional park agencies had 356,000 workers on their payrolls in 2013. This translates into $32.3 billion in direct operations spending by the agencies throughout the United States. This spending ripples through the economy, expanding into almost $80 billion in total economic activity, which supported almost 660,000 jobs that paid in excess of $24 billion in salaries, wages and benefits.

Further, local and regional park agencies spent an estimated $22.4 billion on capital programs in 2013. This spending led to an additional $59.7 billion in economic activity that generated more than 340,000 jobs that paid $19.6 billion in labor income.

Combining the data of operations and capital spending finds the nation’s local and regional public park systems creating $139.6 billion in economic activity and more than 990,000 jobs that boosted labor income by $43.8 billion.

Yet, even with the conservative methodology, the findings are a powerful message about how local and regional parks are engines of economic activity. When combined with studies on the National Park Service and state park systems, public parks are responsible for roughly $200 billion in annual economic activity.

A series of interactive tools presenting the state-level economic impact figures are available here, but here are some highlights about  the top five states in terms of 2013 economic impact of local and regional park agency spending and generated employment:

We already know parks are important contributors to their towns, cities and regions. Millions of people personally benefit from their local and regional park agencies in many ways — gathering places to meet with friends and family, open spaces to exercise and reap the benefits of clean air and water, and community resources where one can connect to others and nature. These benefits manifest themselves in NRPA’s Three Pillars.

Before this study, park and recreation professionals already had a strong message about public parks being on the forefront of conservation, health and wellness, and social equity.  Now, these study results combined with NRPA’s Three Pillars are further proof that investments in local and regional parks also spark economic activity that ripples well beyond the initial spending to create jobs and prosperity in our communities and throughout our nation.

At the national level, NRPA is using the study’s findings to advocate on behalf of public parks, their mission and their funding. The fact that local and regional public parks contribute almost $140 billion in economic activity and generate almost 1 million jobs is a message NRPA’s Public Policy team is delivering to Congress and the White House to secure the permanent authorization and funding for the Land and Water Conservation Fund. In December, NRPA and Dr. Clower presented the results to House and Senate members and staffers to tell the public parks story.

At the local level, park and recreation professionals can speak about the critical economic and job creation qualities of parks and recreation when advocating for operation and capital budgets. It is likely local policymakers and leaders have not fully appreciated the economic spark that local parks bring to their communities. Even if your agency has not conducted an economic study on its own contribution to the local economy, the national and state data provided in this report make this clear: Public parks not only are leaders in conservation, health and wellness, and social equity, they are also engines of significant economic activity and job creation in the United States. Hence, investment in public parks is an investment for a better tomorrow.

The Three Pillars, almost $140 billion in annual economic activity and almost 1 million jobs reaffirm what we know about our parks agencies: Local and regional park and recreation agencies are important assets that turn our neighborhoods into vibrant, connected and healthier communities that also spark economic prosperity throughout our nation. This is the compelling public park story that we need to share with everyone.

Learn more about the Economic Impact of Local Parks.