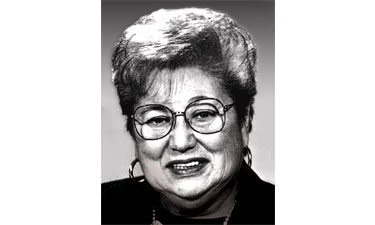 There are some individuals in our industry whose influence can be felt across decades. Fran Wallach, inducted into NRPA’s Robert W. Crawford Recreation and Park Hall of Fame in 2013, is one such person. Known to many as the “mother of playground safety,” Wallach helped to craft procedures and policies that have benefitted generations of children for whom the playground is a second home. From her initial involvement in the park and recreation industry in the late 1960s to her death in 2008, Wallach inspired colleagues with her passion and commitment to safe and abundant playgrounds.

Wallach’s career began during service as a volunteer in the Oceanside New York School District Recreation Department. She quickly moved on to work with the Nassau County Parks and Recreation Department overseeing program development, and obtained her master’s degree in recreation administration, as well as a doctorate in applied human development, leisure education and gerontology, both from Columbia University.

In 1971, Wallach discovered her knack for consulting, eventually establishing her own consulting firm, Total Recreation Management Services Inc. During the subsequent decade, she became involved in several national organizations dedicated to recreation and leisure, including NRPA. Wallach gained dozens of awards and accolades for her professional performance, and passed her wisdom and experience on to others as a professor at several renowned institutions.

Wallach’s most well-known work in playground safety began in the 1980s. In 1988, while serving as president of Total Recreation Management Services, she became the chair of ASTM International’s subcommittee to create safety standards for public playground equipment. She remained the chair of the Public Playground Committee for the following 18 years, during which time the safety standards she helped to craft became ubiquitous nationwide.

Ken Kutska, currently the executive director of the International Playground Safety Institute and retired director of parks and planning of the Wheaton, Illinois, Park District, worked closely with Wallach and is among the first to trumpet her praises. “Fran was a continual source of information and contacts throughout the industry,” Kutska says. “This was before computers and Wikipedia and Google searches. Personal relationships were the most important commodity for our industry in the ‘70s and ‘80s. To use a computer analogy, Fran was the only file server and document external storage for public playgrounds short of spending days in the Library of Congress.”

In 1990, Wallach, alongside Kutska and fellow colleague Monty Christiansen, convinced then-NRPA Executive Director Dean Tice to convene a two-day playground safety institute before the 1991 NRPA Congress. That eventually morphed into the National Playground Safety Institute (NPSI). By 1994, the NPSI volunteer executive committee had expanded significantly. Kutska submitted the Certified Playground Safety Inspector (CPSI) course to the NRPA National Certification Board for approval as a national certification program, but Wallach was responsible for creating the course outline and establishing the body of knowledge necessary for creating a national certification exam on public playground safety.

Kutska concludes, “Fran may have passed away, but her spirit still lives on through all those [who] have shared some of their thoughts and experiences with her throughout their careers and were inspired by her wisdom, sage advice, inclusive demeanor and her incredible, robust, unforgettable belly laugh. It still brings a smile to us all. Fran, thanks for the memories.”

Samantha Bartram is the Associate Editor of Parks & Recreation Magazine.