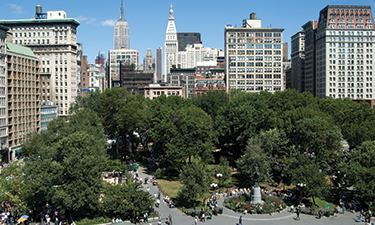 A recent paper, Places in the Making — How Placemaking Builds Places and Communities by a team from the Massachusetts Institute of Technology (MIT) Department of Urban Studies and Planning sheds new light on the transformative power of parks and public spaces to build strong communities through “placemaking,” a term that describes the creation of vibrant, livable, usable public spaces such as urban parks, plazas and public squares.

These places, which can sometimes be very ad hoc in the making, are public spaces designed with people in mind. A hallmark of placemaking is the creation of public spaces that are accessible to all and inviting to people whether for a visit of a few minutes or a few hours. These kinds of public spaces are purpose-built, and often have multiple uses within a diversified landscape. They are fun and lively places that attract public use.

What is significant in this new research by the MIT Urban Studies group is that the process of placemaking, once considered primarily a means to reaching a desirable end, is now seen as a much more powerful force than the actual establishment of the place itself.

The process of placemaking strengthens local leadership and engages communities in vital ways by creating the kind of public spaces that people value and want to use. Importantly, because the making of public places often involves a green component — landscape elements, beautification, gardens and even stormwater management — conservation can become an integral part of the placemaking process. When it does, it can strengthen the community commitment and provide many new ways to engage volunteers and make the benefits of placemaking long-lasting and self-renewing.

The concept of placemaking was first articulated by seminal thinkers in the 1960s and ‘70s, such as Jane Jacobs, Kevin Lynch and William Whyte, who articulated key ideas about what makes certain urban places attractive and desirable to their residents. This idea “…has expanded to include broader concerns about healthy living, social justice, community capacity-building, economic revitalization, childhood development and a host of other issues.”

Placemaking is now also reaching the mainstream of public understanding and gaining wider acceptance in cities and communities. The MIT study authors assert that placemaking is fundamentally the return of public space to people. Much of the impetus for the movement came as a reaction to top-down decisions by “experts” in urban planning and transportation who caused communities to be bisected by massive highway construction projects and to have eliminated walkable community centers as a result of urban renewal and revitalization projects. “Present-day placemaking is a response to the systematic destruction of human-friendly, community-centric spaces of the early 20th century,” the authors state. “The mutual stewardship of place and community is what we call the virtuous cycle of placemaking. In this mutual relationship, communities transform places, which in turn transform communities, and so on.”

The most important finding of the MIT study is that the “making” of places may be as important, and in some cases, even more important than the establishment of the “place” itself. However, placemaking is more than just a planning concept. According to one of its main practitioners, Fred Kent, the executive director of Project for Public Spaces, “Placemaking is the act of doing something. It’s not planning. It’s doing. That’s what’s so powerful about it.”

And this is how conservation can become an integral part of virtually every placemaking project. Nearly all of the projects described in the case studies cited in the MIT paper, even if they focused on highly urban spaces that were already developed, paved and hardened, had natural components — planters, gardens, trees, and in some, such as Discovery Green in Houston, larger natural landscapes within park settings. Others, such as a project in Guerro Park in San Francisco, involved the creation of a green median in the middle of a traffic-calming intersection with plantings as a natural component, but in each project, the infusing of nature into the public space was critical to the project’s acceptance and success in the community. Each of the examples cited in the MIT paper are relevant in demonstrating that not only is the process of placemaking a powerful force, but also that there are many conservation best practices that can be incorporated into the placemaking process.

Parks, by definition, are public spaces for conservation. Placemaking projects, the majority of which involve parks or public lands, can be a golden opportunity to demonstrate conservation principles and practices. These conservation practices can include landscaping with plantings attractive to native wildlife, creating pollinator and butterfly gardens, planting native plant species that are adapted to local climate and soil types, and larger objectives such as taking advantage of opportunities to implement green infrastructure projects that manage and control stormwater onsite or including provisions of alternative energy sources such as solar and wind.

Improving and strengthening communities is a fundamental goal of placemaking, and the process, even in the face of obstacles and barriers, will empower residents and create stronger communities. “The social goals of building social capital, increasing civic engagement and advocating for the right to the city are as central to contemporary placemaking as are the creation of beautiful parks and vibrant squares,” states the report. And adding conservation objectives to placemaking projects will make for even stronger communities and more vibrant public places.