March 2017: A majority of Americans would support a proposal that allows them to use pre-tax money from a health savings (HSA) or flexible spending account (FSA) to pay for fitness programs or recreation. This could include fitness club fees, sports equipment, youth sports league fees, and class registration costs.  Strongest support is found among parents with children in the home. 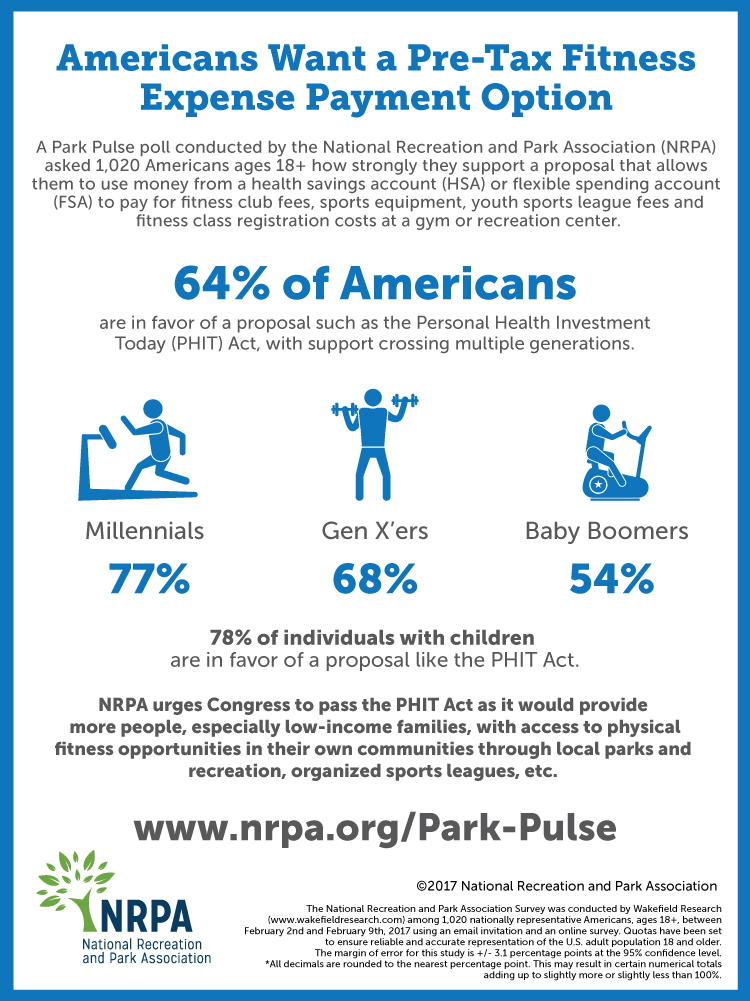 Conn., Wyo. state parks are in demand during the pandemic