November 2016: The benefits of eating a well-balanced diet are widely known, however, eating healthy on-the-go is sometimes a challenge. November’s Park Pulse poll finds that the majority of Americans want healthier food and drink options in public spaces — especially at vending machines and concession stands. These results may not be surprising but they do help bolster great campaigns like Commit to Health- which has improved access to healthy eating and increased physical activity for nearly 110,000 children. 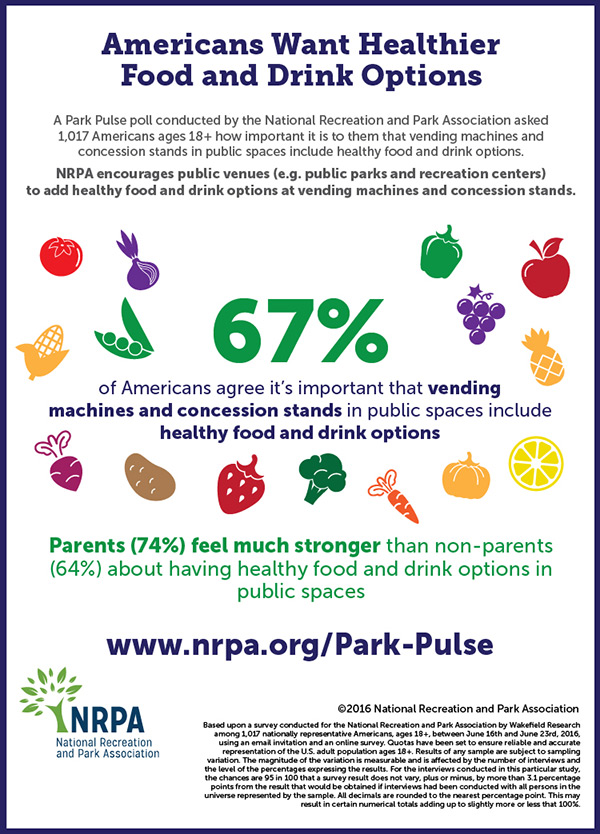