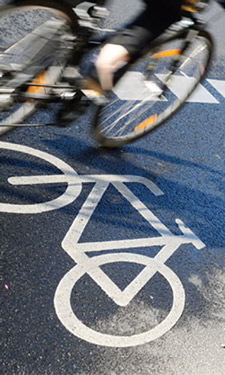 One of the most efficient ways to build physical activity into a daily routine is to make the process of getting from Point A to Point B, an active one rather than passive. That means creating access to routes that are safe and convenient for walking, biking, jogging, and more.

Car-free streets in parks have pros and cons