This is blog two of five in our series covering the Americans’ Engagement with Parks survey and recent NRPA research.

The new annual survey Americans’ Engagement with Parks takes a closer look at the frequency and methods of how Americans are interacting with their local parks and recreational facilities. In addition to Americans’ usage of parks, this annual study investigates the fundamental reasons that encourage people to use parks and some of the challenges and barriers they face that limit further engagement.

Parks and recreation is an intrinsic way of life for many people throughout the United States. There are those who may walk through their neighborhood park twice a year, and others who stop by the local recreation center for a workout a few times a week. Among the top-level findings in the engagement survey is the fact that Americans visit their local parks and recreation facilities an average of 29 times per year.

So who are the people that are using parks and recreation services the most? It turns out that Millennials, those that identify themselves as Hispanic, and parents of children are more frequent visitors to parks and recreation facilities. At the other end of the spectrum, Baby Boomers make far less frequent visits to their local parks. Additionally, three in five respondents indicated their most recent visit had been within the previous month, while two in five visited a park in the week prior to the survey. 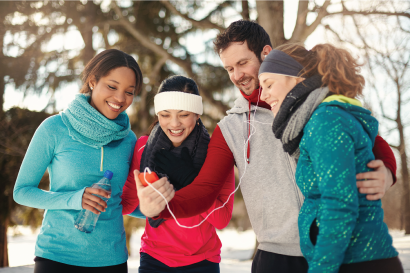 According to survey results, the number one reason why people are going to parks and recreational facilities is to be with family and friends.  Number two? Exercise/physical activity. It is interesting to note that the percentage of respondents linking exercise with their decision to visit a park does not change much across various demographic groups, including age, race/ethnicity or whether they are a parent.Reasons why Americans visit their local parks vary as much as the lifestyles they lead.  Sometimes it is just to catch up with friends over a game of disc-golf, maybe it is the allure of practicing yoga in a natural setting, or maybe it is the traditional family picnic that brings the community together.

The third major reason people visit their local parks hinges on a desire to be closer to nature. When looking at the demographics of the survey results, Baby Boomers and non-parents are more likely to indicate proximity to nature as the reason why they visit parks.

While Americans are connecting with parks and facilities throughout the year, there are often barriers that prevent further engagement. The number one reason Americans say they do not engage with parks more often is a lack of time followed by a lack of quality facilities nearby. Other reasons for lack of engagement include concerns about personal safety, residents being unaware of park and recreation facility locations, and offerings in those locations not matching the interest of residents. Even with a range of barriers and obstacles limiting engagement, the survey shows that nearly all Americans (96 percent) or someone in their household visited their local park or recreation center within the last year. 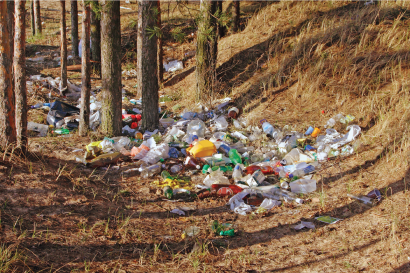 One tool, the NRPA Facility Market Report, can assist your agency in just that: Detailed demographic and marketing data about people in your area that helps your agency create tailored programming and supports the development of strategic plans on capital investments. But before then, read the full Americans’ Engagement with Parks survey report to learn more how your constituents interact with your agency’s offerings and visit NRPA Research for more reports and tools that help your agency operate even more effectively.Results from the inaugural Americans’ Engagement with Parks survey show that nearly every American uses parks for a variety of reasons, regardless of age or demographic background and it is important for park and recreation agencies to understand the communities they serve. As stewards for resident well-being, it is critical that park and recreation agencies do what they can to increase awareness of park and recreation facility offerings.