Pollinators are vital to wildlife and ecosystem health. As the largest landowners of public lands in most jurisdictions, park and recreation departments may be one of the most important stewards of natural resources and protectors of biodiversity in the nation.

Additionally, pollinator health plays an extraordinary role in economic importance to American agriculture. The pollinating services of bees and other insects are valued at $24 billion annually in the U.S. alone. 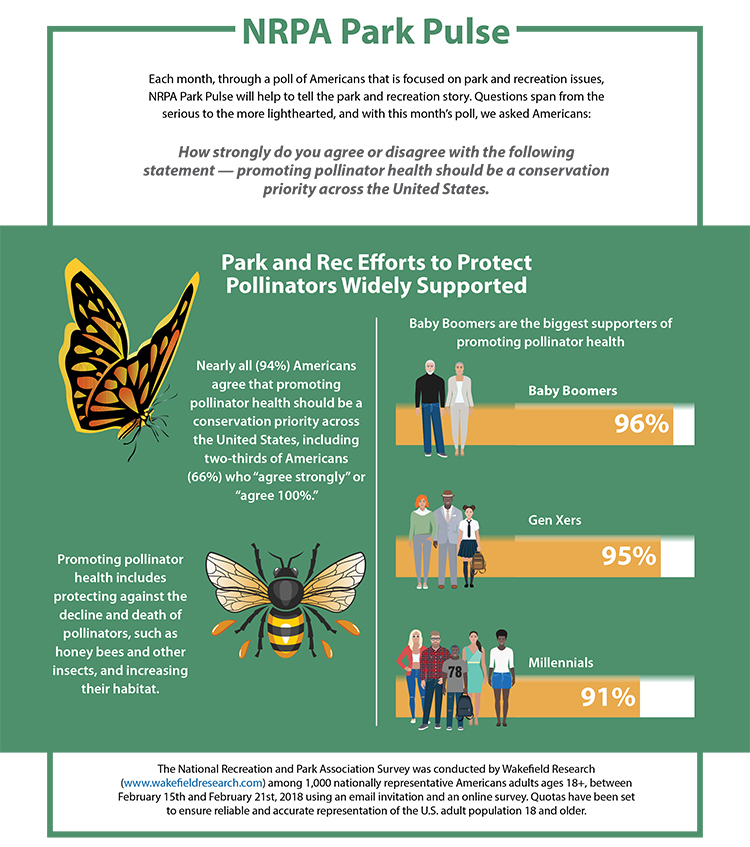 Community works together to get funding for park project

Although we are seeing declines in the diversity of wildlife, there is much that can be done to reverse the trend.

How a 9-year-old is saving pollinators with an app, a board game and endless enthusiasm.