The field lost a pioneer park and recreation leader with the passing of Anne Springs Close in August 2021. Close, a noted conservationist and philanthropist, was a past chair of the NRPA Board of Directors and a NRPA Life Trustee.

Jodie Adams, another past chair of the NRPA Board of Directors, first met Close when first considering joining the board. “She was ahead of her time — when it came to the protection of natural habit areas, greenways trail development and conservation planning for communities,” Adams says. “She was a tremendous role model for our field’s practitioners and citizens who served on their local park boards/commissions.”

“She took NRPA’s message with her everywhere she went,” says Tom O’Rourke. Close shared the message about the importance of parks, open spaces, preservation, equity and park access. She believed in the power of parks, nature and wildlife to improve a any person’s life, no matter their background, and helped NRPA build these foundational principles, O’Rourke says.

“Anne was a pioneer,” O’Rourke says. She entered the field and became a leader during a time where it was difficult for women to take on these roles. “Her struggle was a tough one, but [she] immediately earned the respect of everyone she came in contact with.”

O’Rourke knew Close for a long time, as did many others in South Carolina. Close, a South Carolina native, was the founder and creator of the Anne Springs Close Greenway, a 2,100-acre nature conservancy in Fort Mill, South Carolina.

Close was the daughter of Elliott Springs, a decorated World War I pilot, author and successful businessman. After college, she would return to her hometown and live on her family’s property, close to the South Carolina border with North Carolina.

Out of her family’s business ventures came the Springs Close Foundation and Leroy Springs and Company, Inc. Close stepped up as chair of the board for both organizations, expanding her father’s efforts to provide park and recreation opportunities to those communities developed on and near her family’s property by donating money to projects designed to improve the lives of local people, according to her biography by The American Academy for Park and Recreation Administration. 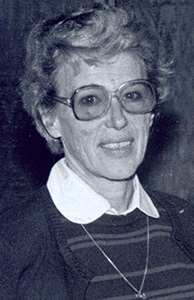 As development around Charlotte, North Carolina, encroached on the property, Close reached out to The Nature Conservancy and a planner for greenways to develop a land-use plan that would place 2,100 acres of the property in a conservancy while retaining 4,000 acres for development, according to her Legacy obituary (tinyurl.com/srmsw6h). The Anne Springs Close Greenway, which opened in 1995, stands as a natural buffer to urban sprawl, giving those in the nearby communities a place for outdoor recreational activities.as horseback riding, hiking, biking, camping and kayaking. As a nonprofit, the greenway is funded by memberships, program fees and private donations. Learn more at www.ascgreenway.org.

“Anne made a great positive impact on all who knew her, as well as all who have benefited from her efforts on connecting people through trails for all,” says Fran Mainella, past member of the NRPA Board of Trustees. Mainella fondly remembers Close’s love for the outdoors, her horseback riding trips on trails, and her enjoyment of hiking, swimming and other activities in nature.

Mainella worked with Close on brainstorming ways to move trail projects forward and to stimulate strategic thinking for these projects, she says. She remembers Close as someone who showed love and care to everyone. In addition to her leadership at NRPA, Close also served as a board member at Wofford Colleget in Spartanburg, South Carolina. In 2001, she earned the Pugsley Medal that recognizes outstanding contributions to the promotion and development of public parks and conservation in the United States.