Dr. Herbert “Bert” Brantley — a leader who dedicated his life to expanding the field of parks and recreation and who was known by his peers as kind and giving — passed away on October 8 at the age of 93. Brantley served on NRPA’s Board of Trustees, first as president-elect in 1983 and then as president in 1984, according to the November 2011 issue of Parks & Recreation. “I remember Bert as being extraordinarily committed to furthering parks and recreation in the United States and as a kind and giving man who often went out of his way to help others,” says David R. Austin, professor emeritus, Indiana University.

Brantley attended Appalachian State Teachers College in North Carolina and enlisted in the U.S. Army, where he was trained as a Russian-English interpreter. After returning from the military, he enrolled at the University of North Carolina at Chapel Hill, where he earned his bachelor’s, master’s and doctoral degrees. He joined the faculty in the Department of Recreation and Park Administration at North Carolina State University in the early 1960s, according to his obituary published in The Herald Times. 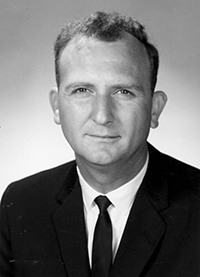 In 1966, Brantley became the founding chair of the Department of Recreation and Park Administration at Clemson University in South Carolina. “Dr. Brantley was a legend in the field — a pioneer and champion for parks and recreation and its place in higher education,” says Bob Barcelona, chair of the Clemson University Department of Parks, Recreation and Tourism Management. “Dr. Brantley’s legacy will live on in the program he poured his heart and soul into for nearly 20 years.”

Brantley was named associate dean of Clemson’s College of Forest and Recreation Resources when it was first formed. During the 1970s, he envisioned an Outdoor Laboratory that provides camp opportunities for youth with special needs. In 2021, a space within the Outdoor Lab was dedicated as Brantley Place, honoring Brantley “for his courage, passion and diligence to move a dream to reality.” (Read about the dedication of this space on Clemson University College of Behavioral, Social and Health Sciences Facebook page.)

In 1984, South Carolina Governor Richard Riley presented Brantley with the Order of the Palmetto, South Carolina’s highest civilian honor recognizing a person’s lifetime achievement and contribution to the state.

In 1987, Brantley became the chair of the Department of Parks, Recreation and Tourism Management at Indiana University, Bloomington, where he served until his retirement in 1994. Barcelona first met Brantley while pursuing a master’s degree at Indiana University. “What I remember most about Dr. Brantley was his kindness. His approachability. His willingness to spend a few minutes with a grad student who really didn’t have much to offer him,” Barcelona says.

“His tenure as Chair of the Department of Recreation and Park Administration was noteworthy as he expanded tourism, recreational sport management and outdoor recreation,” says Lynn Jamieson, professor emeritus, Indiana University. “He was in many leadership positions at the national level, and he possessed an ability to think creatively and entrepreneurially about the field.” She shares that Brantley hired her as a professor at the university and shared his experience in teaching, research and service with her. “He will be missed by the many professionals with whom he led and/or came in contact.” 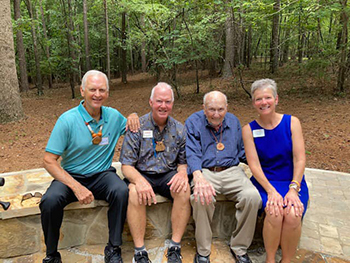 “Bert and I were good friends and professional colleagues for about 50 years. He made a tremendous contribution to park and recreation education and to NRPA — a giant in the field,” says Tony Mobley, dean emeritus, Indiana University School of Public Health. “He was a good man.”