On December 19, the field of parks and recreation lost one of its most dedicated and passionate leaders, mentors and advocates, Dirk Richwine.

“Dirk Richwine was one of [the] most committed politic [supporters] of the parks and recreation field,” says Jodie Adams, a past president of NRPA and past chair of the Gold Medal Awards Program Committee. “The passing of Dirk will be monumentally felt by the park and recreation organizations and communities he served and contributed to over his life’s work [throughout] our nation. One word can describe Dirk Richwine’s passing — heartbreaking.”

He then went on to serve five years as the director of parks, recreation and community services for the City of Brighton, Colorado. Under his leadership, the department became a finalist for the Gold Medal Award in 1997, 1998 and 1999. During his tenure with the department, Richwine contributed to the design and construction of a four-field lighted sports complex, renovation of a youth sports complex, development of two neighborhood parks, acquisition and exchange of open spaces, trail access and development, establishment of a Cultural Arts Commission, creation of a Cultural Arts Master Plan, and more.

Richwine continued his park and recreation education throughout his career, graduating from Indiana University Bloomington’s Executive Development Program in 1986, and taking part in NRPA’s Revenue Management School for multiple decades.

In 1999, he joined the City of Henderson (Nevada) Parks and Recreation Department where he worked for 14 years, including nine years as assistant director. During his tenure, City of Henderson was awarded the National Gold Medal Award and became Commission for Accreditation of Park and Recreation Agencies (CAPRA) accredited, becoming the second accredited agency in the Western United States. Additionally, while working for the City of Henderson, Richwine was critical to the completion of 16 new parks and more than 15 miles of trails. He created the parkland standards for future preservation, acquisition and development and contributed to many successful and highly impactful projects, including the department’s Comprehensive Plan, Open Space Plan, City Wide Strategic Vision, and development of the department’s first Business Plan. 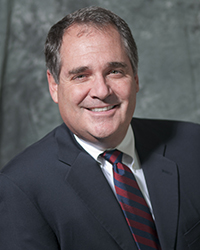 Although Richwine retired in 2013, he continued to volunteer his time and share his vast knowledge with his large network of park and recreation friends and colleagues. He served as a leader with NRPA in many ways, including as one of the first Certified Park and Recreation Executives (CPREs); National Certification Board member and past chair; CAPRA chair, visit chair, mentor, instructor and visitor; NRPA Directors School director and instructor; Conference Program Committee past-chair and member; Revenue Management School past chair and instructor; Las Vegas Conference Local Host Committee co-chair; NRPA Annual Conference speaker; and much more.

In 2019, he received the NRPA National Distinguished Professional award, which is presented to an individual who has made outstanding contributions to the field of parks and recreation through their leadership, research, advocacy, community outreach and program development — all of which Richwine excelled at. “He really pushed our profession forward. From the Directors School work that he did, the CAPRA work that he did and the Gold Medal work that he did…his career was just impactful,” says Roslyn Johnson, CPRP, director of recreation and parks for Baltimore County, Maryland. “On top of it, he was an ally for justice. Dirk used his social capital for good.”

Richwine’s expertise, advocacy and dedication to the field was recognized by many other park and recreation organizations and communities that benefited from his work. In 1993, he received both Arizona Parks and Recreation Association’s District IV Professional Service Award and Young Professional award. In 2011, he was selected for Nevada Parks and Recreation Society’s Citation Award, and in 2015, he was named Distinguished Fellow by the organization.

Colleagues remember Richwine fondly not only as an exceptional park and recreation professional, but also as an extraordinary mentor. “The passing of Dirk Richwine is a challenge for the profession, but he lived by the ethos ‘Leave It Better Than You Found It.’ Dirk was a friend and mentor to all,” says Chris Nunes, CPRE, director of parks and recreation for The Woodlands Township, Texas. “[He was a] trusted shoulder you could lean on, one who pushed you past your personal and professional limits and one who would celebrate your success. He was constantly making the profession better, one professional at a time. While a void now exists, he taught so many that his spirit, wisdom and kindness will carry on in generations of professionals. You will be missed my friend.”

“I first met Dirk as he worked to improve the quality and number of proposals that administrators sent into the NRPA Conference Program Committee. I was immediately impressed by his enthusiasm and zeal; he was steadfast in this effort. I later found that this was Dirk,” says Steve Wolter, CPRP, CPP-I, executive director of the Eppley Institute for Parks and Public Lands at Indiana University. “His passion, willingness to share his skills and experience, and selfless advocacy for the profession were beyond comparison. Dirk was a tremendous contributor to our Academy and the profession; the awards and recognition he received are well deserved. But what I think we will miss the most from his very full life is what more he would have contributed to all of us. He will be missed.”

In sentiments exchanged via email, NRPA Connect and Richwine’s obituary tribute wall, he also is remembered as a family man, an avid traveler and a remarkable friend.

“Calling Dirk a friend has been a privilege and will always bring me joy. He served as mentor for [my] agency’s initial CAPRA Accreditation, guiding me, and others, long past that process. He was always able to answer questions about our profession, or more importantly, life,” says Joel W. McKnight, CPRE, deputy director of the streets and maintenance department for the City of El Paso, Texas. “Because of Facebook, he allowed all of us feel close and feel the love he had for his family. But that was Dirk — a real friend to any and all. Three words sum up Dirk: Integrity, Modesty and Love. I will miss him and remember him always.”