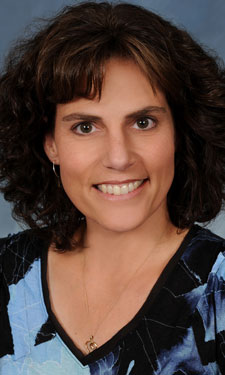 Like many in her field, Janet Bartnik stumbled onto her career path by chance. Now the director of parks and recreation in Liberty, Missouri, the Virginia native first fancied a career as a veterinarian. She enrolled at Virginia Tech with that goal in mind, but during the summer after her freshman year, Bartnik’s mother, who worked in campus recreation at the college, secured a spot for her daughter as an officiant for various intramural leagues and sports. “I loved the sounds that accompanied the games, being outdoors and the sense of community built around the programs. The campus recreation director suggested I stay in the field and offered me a graduate assistantship a couple of years later — I never looked back,” she recalls. Three years into her directorship in Liberty — Bartnik previously served more than 10 years as director of parks and recreation in nearby Raymore, Missouri — Bartnik paused to talk with Parks & Recreation about how her career has evolved and about her approach to community engagement and collaborative partnerships.

Parks & Recreation:Last year, you took a unique approach to planning rejuvenation projects in some of your parks, leaving aside expensive surveys and design charrettes in favor of community meetings to gauge residents’ feelings about the proposed improvements. Why did you decide to go this route, and what did you learn from doing so?

Janet Bartnik: So often, we do our duty of hosting public meetings that just don’t get to the heart of what our citizens think. We schedule an open house and hope folks will attend. We mail out a survey and hope to get enough returned to receive statistically significant data for solid decision making. While appropriate for some projects where statistical significance is key, these park planning projects allowed us to take the meetings to the people. Wherever there was a gathering of citizens, we brought our input boards and voting dots. We attended civic group and PTA meetings, stopped by churches after their Sunday services, held a neighborhood meeting in one of the subject parks under one of its shelters, and included an online input opportunity for those who couldn’t connect with us otherwise. Not only did we receive more input than if we had followed the traditional meeting process, but we were also able to make personal connections and build relationships with those folks who spoke with us. It is those open and personal relationships that will allow us to continue a two-way dialog, build trust and create grassroots advocates toward developing the best park and recreation system possible for Liberty.

P&R: What is one of your favorite aspects of Liberty Parks and Recreation?

Bartnik: Several years ago, Liberty Parks and Recreation engaged three public partners in a Healthy Communities Research Group project. The Clay County Public Health Center, Liberty Public Schools and Liberty Hospital joined us in a review of community policies, practices, programs and the built environment to learn how we might create a community where the healthy choice is the easy and preferred choice. That effort has resulted in the creation of a community health coalition that now has become its own entity and has allowed our department to be seen as an important player in the health system. Even more, we have built strong relationships with original public partners as well as the private partners who have joined our project. Together we’re better!

P&R:What advice/tips can you give, as director of a park and recreation department in a state known for its punishing winters, to motivate people to get outside and enjoy the colder weather?

Bartnik: It’s not just about vigorous physical activity. If we can encourage our citizens to get out into nature in the winter, they’ll be surprised at how much more they can see and hear in the quiet, boosting not only heart health but mental health as well. Tell everyone to go take a hike!