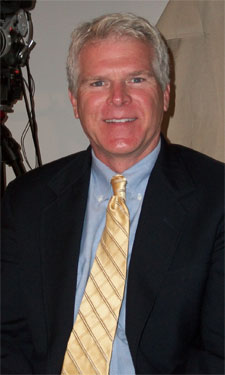 Regarding the Perspectives column in January’s Parks & Recreation, I thought Barbara publicly raised one of those critical questions that is in the back of everyone’s mind to some degree but, as she stated, isn’t really discussed. Like Jack Nicholson says in A Few Good Men, “Because deep down, in places you don’t talk about at parties…” Privatization. Outsourcing. Contracting. The hard truth is: These decisions could cost my staff, and possibly me, our jobs.

It’s pertinent in my case. From 2006–2009, I worked for CH2M Hill — a Fortune 500 Company and one of the largest engineering firms in the world — as part of the Municipal Services Division Management Team. The short version of the story: A state law was changed in Georgia that allowed urban geographic areas to incorporate and form their own cities. Four such areas in Fulton County, three of them in affluent north Fulton County, immediately voted to incorporate in 2005–06. Sandy Springs was the first and largest, and at a population of 93,000, the second-largest city in the history of the U.S. to incorporate. All four cities decided to “outsource” and contract with CH to manage all city operations except public safety (“outsource” is the term that was used between the cities and CH, and it may be a more accurate descriptor than “privatize”). CH in turn hired a management team to work with the cities, and I came on board to assist Sandy Springs in the creation of their park and recreation department and later did the same with Milton. The overarching, driving objective of the public-private partnership (P3) was to ensure that programs were offered and facilities were maintained. The city councils didn’t care who, or what, entity provided those services. And, as our management team also came to realize, 99 percent of the citizens who lived there didn’t care either as long as services were offered.

It was a transformative experience for me, coming from the traditional director of parks and recreation world, leading public agencies around the country. “We” know best. “We” know how to do it better, etc. However, in this new environment in which there were few staff and little equipment, and the mission was to get programs offered and have facilities maintained, the only viable option was to contract everything out. And it worked. But it was cumbersome, often very inefficient, required consultation with providers, and meant being referee, arbiter, judge and counselor as competing interests went head-to-head. It meant writing detailed deliverables and holding contractors accountable. It meant using landscape companies for a lot of mowing, knowing deep down that frequently the labor force was comprised of workers making minimum wage or less. Every city pushed for maximum efficiency, and we did everything we could to be an efficient steward of the contracts. The P3 model was a new way of thinking for almost all of us in municipal services, as we all — city managers, HR professionals, public works directors, community development and planning staff — came from the public sector and had to rethink how we operated.

My takeaway: Park and recreation professionals have the confidence and talent to provide effective, efficient, award-winning programs and facilities — period. A professional — whether he or she is a YMCA athletic director, a Boys and Girls Club program director or a park district director — isn’t talented because of where they work, or who they work for. It’s because of who they are. I am just as smart and talented (or not, depending on whom you talk with) in my consulting and teaching role as I was when working with CH2M Hill, or as director of a public park and recreation agency. I would bet that anyone in our profession would say the same thing — they aren’t going to be any less creative or committed to perfection because they do, or don’t, work in the public sector. The P3 option should be in every agency’s toolkit and should always be looked at as a possibility, but it isn’t a silver bullet any more, or less, than 100 percent self-operation is. So maybe the focus shouldn’t be on the agency; maybe the focus should be on the person, and on ensuring a professional has the knowledge, skills and abilities to be successful.

I pitched the following idea to incoming Board of Directors Chair Detrick Stanford during one of our drives from the airport to Oglebay for Supervisors Management School: I think NRPA should recognize outstanding leaders in the field with the same emphasis it recognizes Gold Medal Agencies. We should develop criteria to recognize individual leaders who have overcome obstacles, been creative, secured grants, developed staff, etc., despite the lack of resources, not because of them. People — not agencies — make the profession what it is. I do a little exercise when I teach Leadership and Management at SMS. I have the class stand, and then do a series of coin flips, asking “losers” to sit down. The “winners” after three flips are those who work in an affluent, suburban district with independent taxing authority. And I ask the class, “Aren’t these the outstanding leaders in our field? They have great facilities, great staff, great parks, nice staff shirts, so they are the best leaders, right?” Not many agree with me, but too often that’s how we judge success. In class, we discuss examples of leaders and almost everyone agrees that Mother Teresa and Osama bin Laden meet the definition. They certainly were not blessed with abundant resources.

I realize another award on top of the many awards that are already in place would be problematic, but recognizing true leadership and management skills would send the message that it’s not money, or the traditional self-managed agency model, or tradition, or popularity, that defines success. Success is accomplishment in a difficult work environment, despite obstacles and a lack of funding.

Barbara, I applaud you for raising a difficult and touchy subject and inviting input. I read Tom O’Rourke’s thoughts on this topic (“Mastering Revenue,” September 2011) and remember how much he emphasized that a quality park agency should be able to compete head-to-head with a private provider. I wholeheartedly agree. I’ve always admired Tom’s thinking on self-sufficiency and parks advocacy. I would venture, however, that if you put Tom in a private enterprise operation, he would say the same thing I would say regarding ability to compete head-to-head with public agencies. It’s about leadership skills and managing resources, creativity, passion, building a team, and ultimately providing the best programs and facilities possible, wherever you happen to be and whoever happens to sign your paycheck.

Brad K. Chambers is a consultant at ReCreate Parks Planning Group and a principal at the Kelly Group.