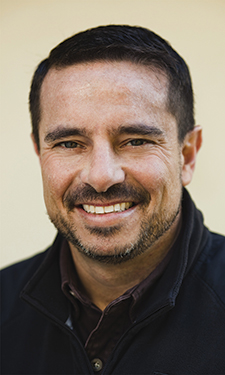 We hope the articles you read in Parks & Recreation are thought-provoking and engaging, and we want to hear your opinions on what you read in these pages. Through social media posts, website comments, emails to staff or posts on Connect, let us know how the magazine’s articles apply to your job and your agency.

As park privatization debates flare up in park systems across the country, NRPA President and CEO Barbara Tulipane asks the most fundamental question in this polarizing conversation: What does it mean to “privatize” a park?

Urban Dictionary defines the term as “transfer[ing] from public or government control or ownership to private enterprise.” Is Indianapolis’ proposed plan to outsource some or all of the management of their parks to a private entity considered “privatization?” Perhaps. But what about the many urban park systems like San Francisco that lease concessions, permit ticketed special events, raise philanthropic dollars, and partner with foundations, nonprofits and local businesses? Are we privatizing or are we partnering (a much less controversial concept in government)?

As Tulipane notes, this is, indeed, an important distinction. In San Francisco, we have utilized public-private partnerships in a strategic and thoughtful manner that has helped maximize the benefits of our parks and programs for the communities we serve. These partnerships have directly and successfully resulted in additional gardeners in city parks, increased recreational opportunities in underserved neighborhoods, new playgrounds and increased operating hours for our recreation facilities. Public-private partnerships have helped San Francisco families thrive, even during an era of profound general fund cuts to our beleaguered recreation and parks budget.

For some, privatization connotes a decrease in access to our public parks and programs. That’s a scary proposition, particularly for the people who need and depend on them the most, but public-private partnerships have in fact been used for decades to establish and operate some of our nation’s most iconic and loved parks. In San Francisco, one public-private partnership has added more than 70,000 hours of play on our ballfields. Another added a new playground in a neighborhood that had none. Another created an internationally acclaimed free bluegrass festival that welcomes hundreds of thousands of visitors to Golden Gate Park in a single weekend. That’s more access, not less.

Some advocates concerned about privatization fear that private funding will lead to greater reductions in public funding. This is a valid concern, and the parks community must continue to advocate for increased public investment in parks, not less. But, as the public’s need for open space and recreation intensifies, so too must our commitment to creative park funding solutions that protect and enhance our mission.

Interior Secretary Sally Jewell — the former CEO of private park partner, REI — was spot-on when she said at a November event in San Francisco that private funding in parks “should provide the margin of excellence and not the margin of survival.”

When private investment is channeled toward parks, it signals the important role parks play in the vitality and vibrancy of our communities, which, in turn, further validates the case for continued, robust public financing. That’s a positive feedback loop that all park professionals and park advocates can embrace.

As the debate about privatization continues, the merits of public-private partnerships should not be disregarded because one thing is clear: Public park systems can no longer do it alone.

Phil Ginsburg is the General Manager of the San Francisco Recreation and Park Department.