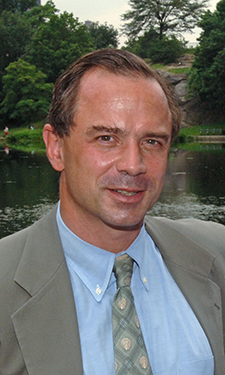 The recent piece, “Private Money, Public Parks,” represented a view that is heavily slanted against public-private partnerships in city parks, and it was short on facts, yet long on conclusions.

The reality is that those of us who have run an urban park system understand the valuable role of citizen involvement in the lives of city parks, and we know that in many cases, the rebirth of our parks was made possible by private-sector sparkplugs.

The article’s basic premise — that public-private partnerships for parks are inherently bad, and are somehow contributing to a worsening of urban parks, is simply wrong. For more than a century, charitable contributions and voluntary support have been the bedrock of much that we take for granted in this nation, and are among the elements that separate America from other nations. Universities, hospitals, museums, performing arts centers, social services and public health programs — even the local elementary school or Little League — have long enjoyed the support and leadership of citizen leaders and donors.

And while some believe the idea that private philanthropy to public parks has sharply increased, the reality has long been that many of our best-loved parks, in the vast rural expanses or in inner-city neighborhoods, exist because of philanthropic donations of huge sums of money and vast assemblages of land by generous citizens almost a century ago.

The most prominent example, of course, is the legacy of John D. Rockefeller Jr., whose donations of land and money created or improved Acadia, Great Smoky Mountains, Mesa Verde, Grand Teton, Shenandoah and Yosemite National Parks, along with California’s Humboldt Redwoods State Park and Fort Tryon Park, a beloved inner-city park in the Washington Heights neighborhood of New York City. Public-private partnerships built the Statue of Liberty, and a century later both restored it and reopened Ellis Island as a museum. The 80,000 acres of San Francisco’s Golden Gate National Recreation Area (GGNRA) are managed in a unique partnership between the National Park Service and the GGNRA Conservancy. And on the National Mall in Washington, D.C., private philanthropy played a major role in helping rehabilitate the Washington Monument.

Every city in America can provide a similar story of private philanthropic largess, without which there might not be a beloved park, amphitheater, skating rink or ballfield.

There is another essential misunderstanding held by some people, who believe that gifts from donors only help “wealthy” parks, and that poor people are turned away. Much is made of the extraordinary private support that has turned Central Park from a crime-ridden dust bowl to a safe, beautiful oasis for 40 million visitors a year. But few know that the park’s most frequent users include the residents of East, Central and West Harlem, and those who live in public housing projects that adjoin the park on the Upper East and Upper West Sides.

In Buffalo, New York, the Buffalo Olmsted Parks Conservancy partners with the city in running two-thirds of the city’s parks, but the parks are used by a constituency that, largely speaking, is not wealthy. In Atlanta, the Piedmont Park Conservancy receives major private donations and uses the money to support a great, central public park open to everyone who lives there.

In fact, there are at least 60 conservancies in cities across the country playing some role in the lives of local parks; in virtually all of the cases, they are providing enhanced parks for users who represent a broad economic and racial cross-section of their communities.

The article also incorrectly states some comparisons. For example, in comparing the budgets of the New York City and Chicago park systems, the article fails to include in the New York statistics the enormous costs of pensions, benefits, legal settlements and debt service (which are all part of the Chicago Park District’s budget). In fact, New York City spends about $1.4 billion annually on its parks, compared to about $480 million by Chicago (both figures also include capital expenditures). Also untrue is the assertion that Brooklyn Bridge Park in New York City is privately run. In fact, it is run by a nonprofit entity of New York City government, and its board includes only members named by the mayor, governor and four local elected officials — its finances, operations and governance are completely open to the public.

Minneapolis, Austin and Chicago are cited as cities that run completely public systems. Yes, all three cities have wonderful parks, but all are places that have embraced public-private partnerships. For example, in Chicago, Millennium Park, a near-miraculous transformation of a pit of railroad tracks into a booming attraction for residents and neighbors, had half its $500 million cost paid by private donors. It is now supported through earned revenue, endowments and sponsorships. In Minnesota, the Minneapolis Parks Foundation is leading efforts to redesign and program its downtown waterfront, and in Austin, the Waller Creek Conservancy organized an international design competition to create a plan for a public-private restoration and enhancement of a 1.5-mile stream that connects three parks.

Finally, in Seattle, perhaps its best-known waterfront park, Olympic Sculpture Park, was created through a partnership between the Seattle Art Museum and The Trust for Public Land, with nearly $17 million in private contributions raised to create this spectacular public park and outdoor museum, which is open to all, free of charge.

I also take strong issue with the suggestion by one person quoted in the article who suggested that poor people might not be able to appreciate the safe, clean and beautiful surroundings that private donations might enable, saying that landscapes run by conservancies get “gentrified in an aesthetic way that poor people come to understand is not for them.”

But people who hold such views should stop by a community garden in New York’s Harlem or the South Bronx neighborhoods, where residents use their private efforts to create “flower fixes” of staggering beauty. Or they could visit the many public parks restored to their historic splendor through private donations, as residents of all financial backgrounds come out to enjoy palace ground-quality landscapes designed for regular people.

We should also turn to the words of Calvert Vaux, the designer, with Frederick Law Olmsted, of our nation’s greatest public parks built in the 19th century. Vaux and Olmsted saw their parks as democratic spaces, for poor and rich alike, where park visitors, drawn into the spectacular landscape of meadows, woodlands and lakes, could experience their “capacity to see and fully appreciate the beautiful.”

The parks in many cities across the country are in the midst of a period of expansion and improvement not seen since the early parts of the last century. Public-private partnerships have spurred that renaissance, and while the lion’s share of park improvements and operations will continue to come from the public purse, the urban parks across the country are better — and will likely stay better — because citizens have joined with government in making sure that parks continue to remain a public priority.

Adrian Benepe is the Senior Vice President and Director of City Park Development for the Trust for Public Land. He served for 27 years in the NYC Department of Parks and Recreation, between 1979 and 2012, including 11 years as Parks Commissioner (2002–2012).