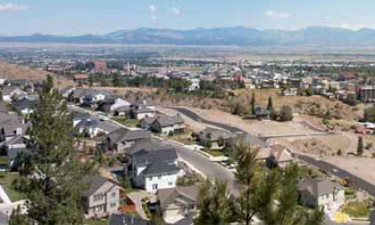 With the understanding that parks and recreation are powerful catalysts for physical activity and engagement, NRPA fosters change at the local level—reducing barriers to health and wellness and decreasing chronic disease and obesity among youth and adults. Since 2009, NRPA has worked with 44 communities across the United States to implement strategies focused on improving access to healthy food, increasing opportunities for physical activity and alternative transportation, and decreasing tobacco consumption.

Programs such as Action Communities for Health, Innovation, and EnVironmental changE (ACHIEVE) and Communities Putting Prevention to Work, funded by the Centers for Disease Control and Prevention (CDC) and the U.S. Department of Health and Human Services, have enabled NRPA to support local park and recreation agencies as they build healthier communities across the country.

In November, NRPA will release a publication that highlights successes these communities have had while offering valuable insights for others seeking to overcome challenges. The two case studies that follow are a glimpse of the successes we've seen among local park and recreation agencies that we hope will inspire other communities.

The community of Helena, Montana, has plenty to do, but until recently, the local transit infrastructure made getting to trails, pools, and parks difficult. A collaboration between the park and recreation department, public health department, public transit, and other community stakeholders sought to improve access to the trail system and ended up creating a free trolley system for youth.

The original plan was to add new stops to the existing routes, but this proved to be just the beginning. The transit director was wary of adding stops, as this changes the timing of the routes, but suggested creating a new, separate route specifically for activities for youth. A key partner, the executive director of Youth Connections, a nonprofit organization committed to creating safe spaces and partnerships with the youth of Helena, emerged as another leader in this effort. The collaborative learned that access to the trail system was not about the trails themselves, but about getting to the activities.

In June 2012, a trolley system was created that takes youth (no adults allowed unless they are supervising) to the trails, the pool, the parks, the library, and a host of other activities—for free. The local collaborative hired a chaperone to collect statistics on ridership while creating a culture of safety and respect on board the trolley. While the system is new, ridership is increasing and there are already stories of success.

The trolley runs five hours per day, and has stops identified based on feedback from users and other stakeholders. The trolley runs from mid-June to mid-August, to coincide with school holidays and the local recreation program for youth in the city. By extending the route into the county, the collaborative was able to receive funds from the county for its operation.

The collaborative views the trolley as a starting point for creating a culture of health for the community. As more people use public transportation, they begin to care more about the quality and availability of services locally, creating momentum for more involvement for improving the infrastructure of the city.

The new partnership with the local transit authority created opportunities for the park and recreation department to be involved in the long-term planning for the future of transit in Helena. The members of the collaborative will have a seat at the table when new plans are drawn up for the public transit system in the city and county. This will help assure that this culture of health— promoting wellness in all areas of planning and environmental change keeps going in Helena.

Two staff members from the Morristown Parks and Recreation Department took a walk on “The Green” with an official from the city’s tourism bureau. They were seeking ways to promote physical activity in Morristown; making sustainable and lasting changes was important. They considered potential stakeholders and government officials who could be brought together for collaboration, including engineers, police, and the school district. They set up an initial meeting—and every person who was invited attended.

The Green is a historic park, a beautiful place that was not considered particularly accessible. So, the group had a challenge—how to make improvements to an existing space, keeping the charm but modernizing the walkways and bikeways. A group came together in the fall of 2010 with the goal of improving pedestrian access. This group called itself “Shared Responsibility” and was headed by the Morris County Park Commission. Coalition members include representatives of local, county, and state government agencies; businesses; nonprofits; public health; and law enforcement. To name a few, there’s the Alliance for Morris County Parks, Morris Area Wellness Partnership, Morristown Medical Center, TransOptions, The Seeing Eye, and the Morris County Tourism Bureau. Soon thereafter, the group took a walk and identified challenges to pedestrian safety and general walkability in the city. Recommendations included crosshatching crosswalks to increase visibility and improving crosswalks that had been designed with paving stones but proved to be difficult to maintain. The group looked at an overarching walkability plan for the city and recommended narrowing a street to discourage vehicular traffic and replacing bricks with flat pavers to reduce tripping.

By November, rack cards and posters had been created with the “Shared Responsibility” logo, and on Election Day, they were given to businesses around The Green. Signs were provided and posted at entrances and exits of all parking garages. A local newspaper printed a two-page story with photographs, which greatly increased awareness of the campaign.

Once the improvements were in place, the original group worked with Bike/Walk Morristown, a local group that promotes bicycling and walking. Bike/Walk Morristown agreed to work with city officials and sustain the effort that was already well under way, and the original group moved on to other projects. Through the initial project, a local group of walking and biking advocates stepped forward to continue the work around advocating for these environmental changes.

Bringing the right people to the table, having regular meetings, and sharing information with everyone on the committee resulted in quick success. The group also created a template press release, which aided with positive media coverage.

“Walkability matters," says Pam Fischer, former director of the New Jersey Division of Highway Traffic Safety. "It brings the community together. When people are out about and walking, there is more opportunity to interact, to be engaged in their community. There are so many benefits to that.”