I have been in the field of parks and recreation for about 15 years (wow!), with most of my work focusing on special event management.

One of my key goals was to get to the Event Management School. I was able to attend as a first year student in January 2014. The instructors represented a group of well-rounded knowledgeable professionals associated with events like the Olympics, the Indianapolis 500 and the Kentucky Derby. 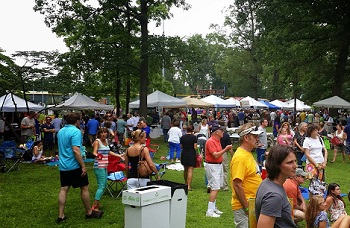 I currently work for the Town of Purcellville, Virginia, which hosts an annual wine and food festival in addition to a few more signature events. In 2013, the second year of the wine event, we were pleased to have 6,000 people attend. While attending the Event Management School in 2014, I was looking for ways to maintain or possibly increase that attendance number all the while knowing that the event was going to move to a new venue. What began as a highly visible street festival was becoming a festival in a park not traditionally used for events and had limited visibility.

I was concerned that changing the location would stifle the momentum of this event.

My concerns were alleviated after I attended a class taught by Kendra Wright, from Saffire Events, who talked about social media marketing strategies. Besides being truly entertaining, she was very informative. I used her recommendations for a well-planned and targeted Facebook campaign and combined that with other digital media and the traditional event marketing plan.

Using her strategies, the event Facebook page blew up with likes! It increased from 650 to 2,100 in just two and a half weeks! I reduced the Facebook ads and adjusted my event infrastructure plan so we could accommodate more people.

These revised media plans contributed to the best and the most intimidating thing...a local television station picked up the event and selected our town for a weekly segment called “Zip Trip.”

They broadcasted their entire newscast from our downtown area the day before the event. We highlighted the event's musicians, wineries, local merchants and eateries throughout the broadcast. Additionally, several of us were granted on-air interviews to promote the event.

We had an estimated 8,000 people in attendance (that's equal to our town's total population). Our surveys indicated that 90 percent of those people came from outside of Purcellville. Think about those tourism dollars and that economic impact report!

Event Management School was worth the time and money. I found it to be a valuable experience that provided me with tools I could use to immediately improve our events.

I'm looking forward to year two and I hope to see you there! 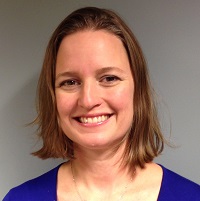 Melanie Scoggins, CPRP has a BS degree in Recreation Resource Management from George Mason University. She has been working in different capacities in the park and recreation field for 15 years and currently serves as the event manager for the Town Of Purcellville located in Loudoun County, Virginia.