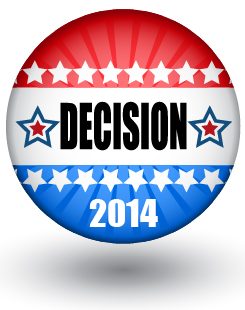 The results of the November 4 Congressional elections were, by any standard, a big win for the Republicans. Seeing the GOP take control of the Senate and strengthen their majority in the House certainly will have an impact on three very important NRPA legislative priorities for the coming year including:

First, existing lawmakers are returning to Washington next week for what is referred to as a “Lame Duck” session – one following an election in which there will be dozens of outgoing Representatives and Senators still completing work from this year. Their first, and most important, order of business will be to pass a new spending measure for the government, which is now funded through December 11. Leaders from both parties have shared their desire to pass a new measure that runs through the end of the fiscal year (September 30, 2015). Without a new spending measure – whether it be a “stopgap” extension or a comprehensive “omnibus” bill completing work on all facets of federal spending – the government would shut down.

Other areas where we may see action during the lame duck session include renewing expired tax provisions, but this week’s election results make it extremely unlikely that we’ll see Congress act on important legislative priorities like the reauthorizing the Surface Transportation Act or LWCF.

New Year and New Congress Ahead

Here’s a look at what the make-up of the next Congress will look like.

First, the Republicans have picked up at least seven seats in the Senate, giving them a  minimum of 52 come January. Two races have yet to be officially declared with the GOP looking likely to pick up at least one more seat in Alaska.

The other is in Louisiana, where the seat currently held by Sen. Mary Landrieu (D-LA) will be decided in a December 6 run-off election. Conventional wisdom is predicting another Republican pick-up with Rep. Bill Cassidy (R-LA) likely to be the 54th Republican Senator when Congress convenes in January.

The House of Representatives

Meanwhile, in the House of Representatives, even when you factor in the half-dozen seats which remain undecided, the GOP look certain to start next year with their largest majority since President Truman was in office (at least 245). Only 218 representatives are needed for a majority in the House.

So, what does all this mean? Let’s take a look at the members who are expected to now be major players in the debate on key issues. 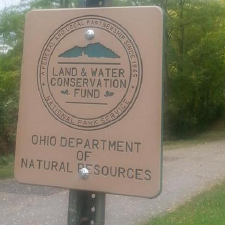 The LWCF is scheduled to expire in September. Expect a “robust” debate on what an “updated” LWCF might look like, including exactly how the State Assistance Program will be treated. In the House, where the GOP leadership has historically been less than enthusiastic towards the issue of new federal land acquisition, the anticipated new Chair of the Natural Resources Committee will be Rep. Rob Bishop (R-UT). Rep. Bishop has stated his interest in seeing the LWCF reauthorized but has also stressed his strong desire to see the law changed to reflect new priorities – including stronger support for grants to the states for local outdoor recreation. On the Democratic side, Rep. Raul Grijalva (D-AZ) is expected to take over the position of “Ranking (Minority) Member.”

In the Senate, the new Chair of the Energy and Natural Resources Committee (ENR) is expected to be Sen. Lisa Murkowski (R-AK). Sen. Murkowski is also expected to take over the key position of Chair for the Senate Appropriations Subcommittee on the Interior. Therefore, Sen. Murkowski will be in the driver’s seat on both the policy-making and annual funding sides of the LWCF. Sen. Murkowski is another “western Republican” who has expressed concerns with the federal land acquisition side of the LWCF, but similar to Rep. Bishop, expressed support for seeing more funding going to the State Assistance Program.

On the Democratic side, Sen. Mary Landrieu (D-LA) is guaranteed to lose her Chairmanship of ENR and, as previously explained, will possibly lose her seat in the Senate prior to the start of the new Congress in January. Sen. Maria Cantwell (D-WA) is likely to take over as the Ranking Member of the Committee. Sen. Cantwell is viewed as a solid ally for the LWCF and maintaining a majority of the funding for federal land acquisition.

We can expect the House and Senate to begin holding public hearings on the LWCF early in 2015. The outlook for reauthorization isn’t entirely clear, but one thing we do know: with the change in the Senate majority and new leadership in the House, the views of State Assistance Program advocates will be given a stronger platform for being heard. 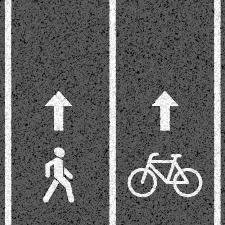 MAP-21 is now scheduled to expire in May. The main issue standing in the way of reauthorization is the small challenge of finding the nearly $20 billion annually just to maintain existing levels of funding. No one has the stomach for increasing the 18.4 cents/gallon federal gas tax which is no longer generating enough revenue to supply the “Highway Trust Fund” – the primary means of funding the entire surface transportation program.

The incoming Chair of the Senate Environment and Public Works Committee is expected to be James Inhofe (R-OK). Sen. Inhofe is considered an advocate for the reauthorization of MAP-21, but prefers providing states with increased flexibility on how best to spend their transportation dollars. Namely, he doesn’t support dedicated funding for bicycle or pedestrian trails or programs like “Safe Routes to School.”

The outgoing chair, Sen. Barbara Boxer (D-CA), is viewed as a much stronger advocate for “active transportation” and supporter of the Transportation Alternatives program (TAP) and the Recreational Trails Program (RTP).

Finally, Sen. Inhofe is a well-known critic of climate change and is widely expected to remove the word “Environment” from the committee’s title.

Over in the House, Rep. Bill Shuster (R-PA) is expected to remain Chair of the Transportation and Infrastructure Committee (T&I), but the bicycle and pedestrian community is losing one of its strongest GOP advocates in the House with the retirement of Rep. Tom Petri (R-WI).

The position of “Ranking Member” on T&I is now open with the defeat of veteran Rep. Nick Rahall (D-WV). Rep. Peter DeFazio (D-OR) is widely expected to forgo his seniority and the ranking spot on Natural Resources and take over the Democratic lead on T&I. 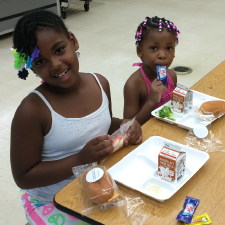 Park and recreation agencies are the second largest provider of out-of-school meals to youth each year,   and the successful reauthorization of the Child Nutrition Act is critical to maintain funding for the Summer Food Service Program and others which are offered to children through our agencies.

The House Education and the Workforce Committee has jurisdiction over the child nutrition programs and Rep. John Kline (R-MN) has been Committee Chair for more than five years and is therefore “term-limited.” He’s expected to seek a waiver to allow for another term as Chair, but if his request fails, Rep. Virginia Foxx (R-NC) is viewed as the likely successor. Rep. George Miller (D-CA) is retiring and, therefore, Rep. Bobby Scott (D-VA) is likely to become the new Ranking Member.

In the Senate, the Agriculture, Nutrition and Forestry Committee holds sway over the programs and Sen. Pat Roberts (R-KS), fresh off surviving the most serious election challenge of his career, is expected to remain as Chair. Sen. Debbie Stabenow (D-MI) is likely to remain the Ranking Member.

The final make-up of each of these congressional committees will not be known until sometime in early 2015. The NRPA Public Policy team will provide regular updates as committee rosters are finalized as well as the impacts they will have on our field.

What are your legislative priorities for parks and recreation in the coming year? How are you planning to advocate? Let us know in the comments or share with us on Twitter @NRPA_News.
Dave Tyahla is NRPA's Senior Government Affairs Manager.