An ugly duckling is being transformed into a beautiful swan right before our eyes in Atlanta, Georgia. 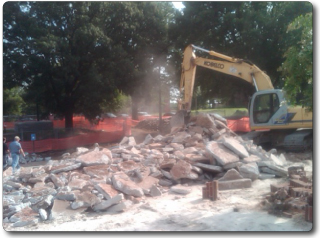 The renovation of Selena Butler Park, NRPA’s latest Parks Build Community project, is in full swing and on track to be completed in less than 90 days; just in time for a dedication ceremony on November 2, 2011, during the 2011 NRPA Congress.

This six acre urban park located just a few blocks from the Martin Luther King Birthplace National Historic Site had fallen on hard times. A community center building in the park was nearly destroyed by a tornado in 2008, then copper thieves descended on the damaged building, knocking holes in the walls and stripping out any valuable metal from the center, leaving it nearly demolished. But the city didn’t give up on Selena Butler Park and committed to a complete rebuilding of the multi-purpose building with hope of rebuilding the entire park.

The neighborhood around the park, once the site of Grady Towers (some of the most infamous public housing in the nation), was undergoing revitalization, as well, through a major redevelopment by the Atlanta Housing Authority as part of Mayor Kasim Reed’s Centers of Hope initiative. A half-dozen modern, new housing complexes are being built with the majority of 600 new units designated for seniors housing.

Enter NRPA in 2010. Fresh off the smashing success of the first Parks Build Community project at Marvin Gaye Park in DC, NRPA was looking for a challenging park site to apply the principles and lessons learned in Northeast DC at Marvin Gaye Park in a new Parks Build Community project. Selena Butler Park was a perfect site—dilapidated, in need of resources and donations, and much needed by a re-developing urban community—it was a great match. 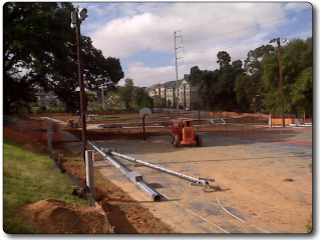 NRPA put out a call to vendors, suppliers, and manufacturers for donations for the Butler Park renovation. There was an outpouring of support. Major donations from Playcore who donated a full state of the art playground, and Superior International Industries, who donated a shelter, park equipment, benches and more, were followed by support from the Health Education and Communication Center of Atlanta who brokered a donation by Converse of a full new basketball court, and the donation of a complete new lighting system by Musco. Other businesses and donors have also stepped up with contributions to this project, which have helped to make this revitalization a success!

An ugly duckling no more, Selena Butler Park will soon be soaring.