Last Monday evening, a group of Boy Scouts were on the trail behind NRPA's headquarters when they came upon a baby Barred Owl who had appeared to have fallen from its nest more than 40-feet up in the trees. They contacted Ted Mattingly, NRPA’s resident hero and Director of Facilities and Administrative Services, who realized that the baby owl’s chances of surviving on its own after falling from the nest were slim.

He decided to take matters into his own hands and brought the baby owl inside while he called Rich Dolesh, NRPA's Vice President of Strategic Initiatives and wildlife expert, to get some advice on how to best handle the situation. The decision was made to take the owl back outside in hopes that the mother wouldn't abandon it.

After some back-and-forth, and consultation with a few other wildlife experts, Ted went back later that night and found that the mother had left a frog at the baby's talons. He decided to let nature take its course and see what happened overnight.

When Ted returned early the next morning, he found the baby owl in the same place, but this time there was a dead mouse at its talons — proof that the mother had been watching over her owlet throughout the night. Ted was advised to cut up the frog from the night before and feed it to the baby owl, and did so with no hesitation.

With the baby owl in seemingly good health, Ted quickly began trying to find anyone with the necessary equipment to return the baby owl to its nest. He finally got in touch with one of his contacts at Loudoun County Parks, Recreation and Community Services who had a 40-foot ladder and could come out to help.

Eventually, the baby owl — who will from now on be known as "Lil Ted" — was returned to its nest, to be with its brothers and sisters. As far as we can tell, all is well, and Mama and Papa Owl have been spotted in the area watching over their owlets in the days since the incident. 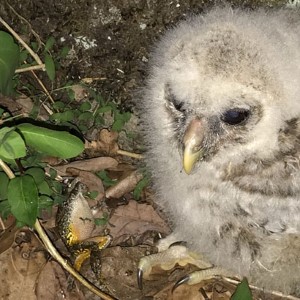 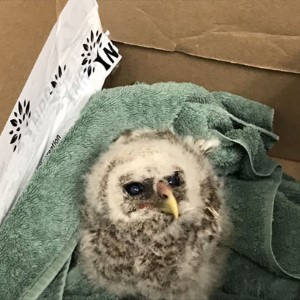 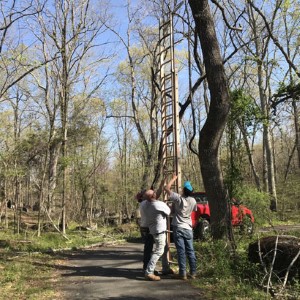 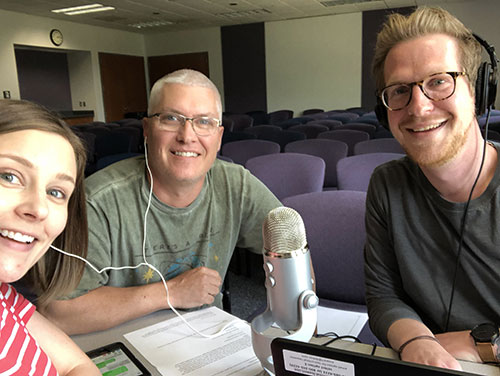 Listen to the episode for the full story.