September 30 has come and gone, and no action has been taken on the Child Nutrition Reauthorization or the Land and Water Conservation Fund. So what does this mean for parks and recreation? What are the next steps?

Congress Keeps the Lights On — for Now

On Wednesday, September 30, 2015, the U.S. House of Representatives and U.S. Senate passed a short-term spending bill (known as a Continuing Resolution or “CR”) that will keep the government up and running through December 11, 2015. While this short-term spending package was less than ideal, it provided much-needed certainty to millions of park professionals, businesses, seniors and children who depend upon a functioning federal government in some capacity for their funding, safety, security and health. 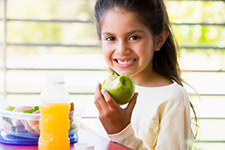 For months, NRPA has been promoting the importance of passing the Child Nutrition Reauthorization (CNR), which funds the meals that many park and recreation agencies provide to hungry children, and would have faced a funding lapse after September 30, 2015. CNR funds meals served at schools, food banks, senior centers and parks and recreation agencies, and benefits nearly every population including infants, school-aged children, seniors, recent moms and the disabled.

Specifically, CNR reimburses agencies for the afterschool and summer meals they provide through their participation in the Child and Adult Care Food Program (CACFP) and the Summer Food Service Program (SFSP), respectively. Fortunately, reimbursements for CACFP and SFSP would have been guaranteed in the case of a government shutdown due to their automated design. This means you would have still been paid for all meals provided under these two programs. Unfortunately, other programs that are funded through CNR would not have been guaranteed if a shutdown persisted. 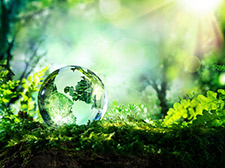 Despite the efforts of a bi-partisan group of members to include the reauthorization of the LWCF as part of the short-term CR, the LWCF expired on September 30. NRPA is disappointed that an agreement to permanently authorize and fully fund the LWCF was not achieved prior to its expiration.

While this certainly could lead to long term, negative impacts with regard to federal support for conservation and outdoor recreation, what does this mean in the shorter-term, particularly to the State Assistance Program? The answer is little or no impact will be felt by state, regional and local park agencies who hope to receive State Assistance funding.

The most immediate impact of seeing LWCF expire is the inability of the government to accrue new revenues from offshore energy exploration and production to fund the various programs currently supported by the LWCF. The unspent balance of existing revenues has been identified at $20 billion; therefore, provided Congress approves a budget for the entire 2016 fiscal year (which began on October 1), there is ample revenue available to fully fund the LWCF for the next year, and even about 20 more. This situation highlights the fact that the LWCF has only been “fully funded” at its authorized amount ($900 million) a couple of times over the 50-year life of the program — even while ample revenues, NOT individual taxpayer dollars, have been generated to fund it.

Therefore, NRPA remains optimistic that in the coming months we’ll see a permanently reauthorized LWCF, with full and dedicated funding which will allow for a more dependably, robustly and equitably supported State Assistance Program.

Your Voice is Needed — How to Contact Capitol Hill to Urge Support for CNR and LWCF!

First, Congress’s action on September 30 dispels the creeping threat of a government shutdown in the immediate future, but the possibility for calamity still exists unless a long-term funding bill is passed by Congress and signed into law before December 11, 2015. In the interim, contact your members of Congress and tell them to fully fund the government and pass the Child Nutrition Reauthorization. 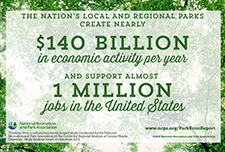 Next, Congress’s inaction by September 30 has left the only federal program which specifically supports close-to-home active outdoor recreation unauthorized and with an ambiguous future. However, the opportunity to approve an updated LWCF — which includes additional funding for state, regional and local community recreation — remains. Now, more than ever, is the time to contact your members of Congress and tell them to permanently reauthorize the LWCF and support outdoor recreation in the communities where four-out-of-five Americans currently reside (and which annually create nearly $140 billion in economic activity as well as supports 1 million jobs) by providing a more equitable and dependable distribution of funding for the State Assistance Program.