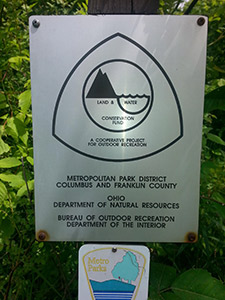 Last Wednesday, there were significant developments on the Land and Water Conservation Fund (LWCF) Reauthorization coming out of the U.S. Senate. The leadership of the Energy and Natural Resources Committee introduced a broad, 350-page energy reform bill which included permanent reauthorization of the LWCF.

Key components of the LWCF language:

NRPA has met with Senate committee staff to discuss the specific language. We were told that this language was a “bi-partisan” compromise intended to keep the entire energy legislation moving in the committee.

We shared the following comments:

A) We really appreciate their bi-partisan effort to permanently reauthorize the LWCF.

B) We have concerns that this updated definition of “stateside” would continue the problem of seeing the State Assistance Program being “squeezed out by related purposes.”

C) We also are disappointed to see nothing in the bill which attempts to address the lack of funding going to larger communities for local outdoor recreation.

NRPA will continue efforts to identify Senate champions and pursue efforts to modify the measure so that either the “stateside” percentage is larger and/or that there would be some sort of additional account dedicated to local community parks. With the LWCF scheduled to expire at the end of September, the next month and a half will be critical to not only securing reauthorization, but also making sure that the interests of local outdoor recreation needs are being addressed in the LWCF program.

Currently, the outlook for the entire legislative package for LWCF is unclear and subject to many pitfalls during the Committee and, ultimately, Senate floor debate. The prognosis is even less clear when it comes to the House. NRPA is attempting to meet with staff from the House Natural Resources Committee and Chairman Rep. Rob Bishop (R-UT) to discuss their views, specifically on the LWCF language.

You can help by adding yourself to the growing list of Park Champions who help us engage with senators and representatives on this critical issue. Learn more about Park Champions and the LWCF State Assistance Program.