Tags: Advocacy
After months of good faith efforts by NRPA to help craft a sensible, bipartisan renewal of the Child Nutrition Reauthorization, Rep. Todd Rokita (R-IN) and other House Republicans have introduced the Improving Child Nutrition and Education Act. This bill will not only deny thousands of hungry children meals during the school day, it will cut the number of kids parks and recreation agencies feed during the summer and impose budget-busting costs on our summer meals programs. 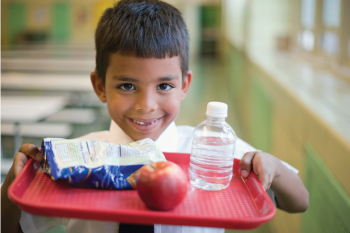 The major changes that would materialize under this bill are widely opposed by schools, parents and scientists. Passage of this dangerous bill would significantly lower the reimbursement for each meal our agencies serve during the summer. It would also force many park and recreation agencies — who are already stretching their budgets to the max — to run their meal programs with less money than in previous years.
By removing income guidelines from applications and limiting outreach to parents, the bill will make it harder for poor families to learn if their children are eligible for free-and-reduced price meals during the school year. Additionally, in order to save money, the bill intentionally imposes over-the-top verification requirements on the backs of low-income families – many of whom are homeless, recent immigrants or speak another language. This is done in hopes that their children won’t access free-and-reduced price meals.
Many park and recreation agencies across the country rely on free-and-reduced price lunch data from local schools in order to determine which children are eligible for reimbursable meals during the summer. These cold-hearted attempts to save money will make it harder for park and recreation agencies to feed hungry kids during the summer months.
Finally, the bill attempts to roll back the progress park and recreation agencies have made over the past few years to serve more fresh fruits, vegetables and whole grains to children while they are in our care. Instead, it would allow saltier and unhealthy food at our recreation centers and give Congress — not scientists — more authority to decide the daily nutritional needs of the hungry children we feed.
This nakedly-partisan attempt to transform America’s child nutrition programs turns its back on decades of tradition. For years, Democrats and Republicans have reached across the aisle to work in the best interests of hungry children — not the special interest groups that stand to benefit.
NRPA vehemently opposes the Improving Child Nutrition and Education Act in its current form. On behalf of NRPA and our members across the nation who support our efforts to feed hungry children year-round, we look forward to working with members of the House Education and the Workforce Committee to craft a Child Nutrition Reauthorization that builds upon on this historical and bipartisan work, ensuring every hungry child has access to healthy and nutritious meals.