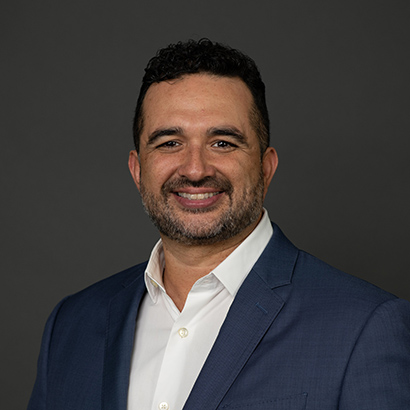 Ashburn, Va. (May 5, 2020) — The National Recreation and Park Association (NRPA), the nation’s leading advocate for parks and recreation, is proud to announce the selection of Elvis S. Cordova as the organization’s new Vice President of Public Policy and Advocacy. Cordova most recently served as the president and founder of Statecraft Strategies, a consulting firm based in Washington, D.C.

“I am thrilled to announce the selection of Elvis S. Cordova as NRPA’s new Vice President of Public Policy and Advocacy,” said Kristine Stratton, NRPA president and CEO. “His combined substantive, political, economic and international expertise make him a wonderful fit for this position and the movement for parks and recreation we are working to build in the U.S. and around the world. We have much to look forward to under his guidance.”

Cordova, who began his career as a financial analyst at the Harvard Management Company, was a consultant for the United Nations where he focused on trade development strategies for emerging markets. He also served as a management analyst for the New York City Department of Parks and Recreation. Cordova entered the federal government as a Presidential Management Fellow at the Farm Credit Administration.

Most notably, he was appointed by President Barack Obama in 2012 to serve as a Chief of Staff at the U.S. Department of Agriculture (USDA). During his time at USDA, he served in various leadership roles — including Deputy Under Secretary and Acting Under Secretary. While there, he oversaw food labeling programs (such as organic and biotechnology), international trade relations, research and educational grant programs, nutrition programs, commodity procurement, plant and animal health regulations, process verification programs, conservation programs, and the expansion of local and regional food systems. Cordova also served on the White House Task Force for Puerto Rico, focusing on building public-private partnerships to aid in the economic recovery efforts for the island.

“I look forward to applying my experience to further develop support for the park and recreation professionals who dedicate themselves to serving communities nationwide,” said Elvis S. Cordova. “It is a vital time to join the NRPA organization as our nation recognizes, now more than ever, the essential value parks provide.”

About the National Recreation and Park Association
The National Recreation and Park Association is a national not-for-profit organization dedicated to ensuring that all people have access to parks and recreation for health, conservation and social equity. Through its network of 60,000 recreation and park professionals and advocates, NRPA encourages the promotion of healthy and active lifestyles, conservation initiatives and equitable access to parks and public space. For more information, visit www.nrpa.org. For digital access to NRPA’s flagship publication, Parks & Recreation, visit www.parksandrecreation.org.