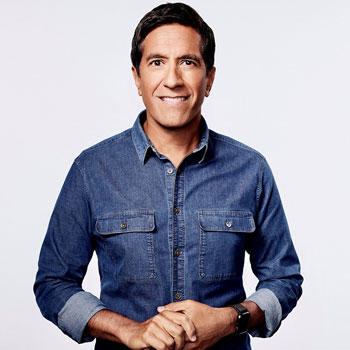 Since 2001, Gupta has covered some of the most important health stories in the United States and around the world. On March 9, 2020, Gupta penned an op-ed announcing the network would refer to the novel coronavirus outbreak as a "pandemic," ahead of both the WHO and the CDC. Throughout 2020 into 2021, Gupta reaffirmed his role as a trusted guide to viewers worldwide on navigating between facts and fiction surrounding Covid-19 and the pandemic.

Over the last few years, Gupta has increasingly focused on long-form reporting. He is the host of the CNN Original Series "Chasing Life with Dr. Sanjay Gupta," which follows Gupta's travels around the world in search of the secret to living longer, healthier and happier. Gupta also stars in the HBO Original Documentary "One Nation Under Stress," which examines why life expectancy is declining in the United States. His enterprise reporting on medical marijuana has led to five documentary films, "Weed," which were awarded the Alfred I. duPont-Columbia University Award.

In addition to his work for CNN, Gupta is an associate professor of neurosurgery at Emory University Hospital and associate chief of neurosurgery at Grady Memorial Hospital in Atlanta. He serves as a diplomate of the American Board of Neurosurgery. And in 2019, Gupta was elected to the National Academy of Medicine, considered one of the highest honors in the medical field.

World War C: Lessons From the Covid-19 Pandemic and How to Prepare for the Next One
In this presentation, CNN chief medical correspondent Dr. Sanjay Gupta offers an accessible, data-packed answer to our biggest questions about Covid-19: What have we learned about this pandemic and how can we prepare for—or prevent—the next one? This speech is inspired by his latest book. 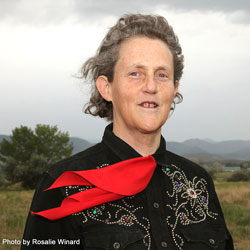 Dr. Temple Grandin is a Professor of Animal Science at Colorado State University and a renowned designer of livestock handling facilities. She has appeared on television shows such as 20/20, 48 Hours, CNN Larry King Live, PrimeTime Live, 60 Minutes, the Today Show, and many shows in other countries. She has been featured in People Magazine, The New York Times, Forbes, U.S. News and World Report, Time Magazine, The New York Times Book Review, and Discover magazine. In 2010, Time Magazine named her one of the 100 most influential people.

See Dr. Grandin speak during the Best of the Best awards ceremony.

Best of the Best Ceremony 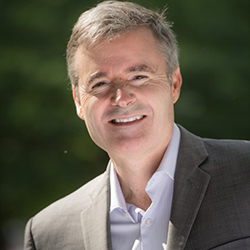 Jad Daley is serving as the 40th President and CEO of American Forests, the nation’s oldest forest conservation organization, founded in 1875.

In this role he serves as the co-chair of the Forest-Climate Working Group, which he co-founded in 2007, and sits on the boards of the Sustainable Forestry Initiative, North American Forest Partnership, and Nature4Climate. Daley is also the co-founder and Co-Chair of 1t.org US, the U.S. chapter of 1t.org — a global initiative to conserve, restore and grow 1 trillion trees by 2030.

Daley has a long record of leadership in the forest community, including serving as the first director for the 22-state Eastern Forest Partnership and establishing a forest- focused Climate Conservation Program during his nine-year stint at The Trust for Public Land. Daley has also played a lead role in authoring multiple pieces of federal legislation for forests, including the enabling language for the U.S. Forest Service’s Community Forest Program and Community Wood Energy Program, both enacted as part of the 2008 Farm Bill.

Daley’s writing has been featured in media outlets such as the Washington Post, New York Times, HuffPost, Medium, and U.S. EPA Environmental Justice blog. He is a cited co-author on multiple scientific studies in the area of forests and climate change, including new collaborative research between the U.S. Forest Service and American Forests investigating forest soil carbon and other pressing topics.

See Daley speak during the Equity in Practice Panel Session on Thursday, September 22. 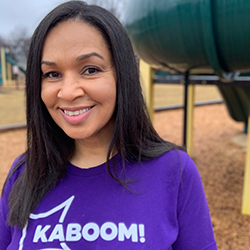 In early 2021, Lysa M. Ratliff became the newest CEO of KABOOM!, the national nonprofit that works to end playspace inequity. For good.

Throughout her career, Ratliff has served as a champion for kids and their resilience, leading efforts to connect partners and make change for communities and kids across the country, and around the world. She was the Vice President of Partnership Development at KABOOM!, has held senior leadership roles at Habitat for Humanity International, Save the Children, and spent more than a decade in international marketing communications at several large corporations.

Ratliff has led both public and private fundraising teams, cause marketing and communications campaigns with large global corporations. When not spending time with her own kids and husband, Ratliff enjoys all things home, with most of her playtime being spent in the garden growing organic fruits and vegetables.

See Ratliff speak during the Equity in Practice Panel Session on Thursday, September 22. 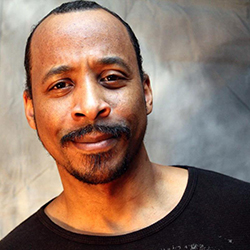 Brodrick has extensive experience working with the K-12 student population, primarily in an out-of-school time setting. He has recruited and trained hundreds of youth workers and volunteers. As a seasoned professional development trainer, Brodrick incorporates research and best practices with interactive simulations to engage his audience in dynamic learning experiences.

See Clarke speak during the Equity in Practice Panel Session on Thursday, September 22. 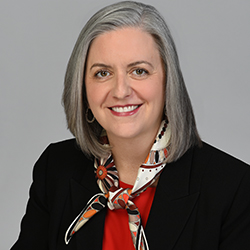 Kristine Stratton is the president and chief executive officer of the National Recreation and Park Association (NRPA). In her role, she is responsible for the nearly $20 million national organization that works to ensure that all people have access to parks for health, conservation and recreation. NRPA is the national voice for the protection and creation of local parks, harnessing the passion and power of its more than 60,000 members and the millions of individuals they serve.

NRPA partners with foundations, federal agencies and corporations that recognize the critical role of parks in creating healthy and sustainable communities. The organization grants millions of dollars each year to its members to implement programs that have measurable objectives, such as increasing equitable park access, reducing obesity, increasing physical activity, saving wildlife, connecting children to nature and implementing green infrastructure in communities nationwide. Access to quality parks and recreation is a critical component to an individual’s success and to strong communities, and NRPA focuses on underserved communities to give everyone access to a great park.

A staunch advocate for environmental conservation and equity issues, Stratton believes strongly in NRPA’s mission. Before coming to NRPA, Stratton was the senior vice president of operations at Earthjustice, a nonprofit public interest organization dedicated to litigating environmental issues. Prior to that, she served as the executive director of Waterkeeper Alliance in New York, New York, and before that she was vice president of operations at the Conservation Law Foundation in Boston, Massachusetts. She also served in several administrative and senior management roles at WGBH Educational Foundation, a public broadcasting station, in Boston, Massachusetts. Stratton holds a Master of Arts degree in environmental policy and planning from Tufts University and a Bachelor of Science degree in business administration from Boston University.

See Stratton as a moderator during the Equity in Practice Panel Session on Thursday, September 22.

Park and recreation professionals work tirelessly every day building strong, healthy and resilient communities. Incorporating equity at the center of this work plays a critical role in helping our communities thrive. Join us for NRPA’s special Equity in Practice Endnote Panel discussion and learn the many ways you can advance equity within your own parks and recreation programs and beyond.

Moderating this session is NRPA President and CEO Kristine Stratton. Stratton will discuss the many ways NRPA positions equity at the center of the organization’s work. She will speak to NRPA’s new Equity in Practice educational programs where members and partners will have opportunities to learn how to build a powerful, lifelong equity journey. Three expert panelists, Jad Daley, President and CEO of American Forests, Lysa Ratliff, President and CEO of KABOOM!, and Brodrick Clarke, VP, Programs, National Summer Learning Association, join Stratton is this important conversation.

This group of experts will discuss everything from ending play-space inequity to the importance of tree equity — and why it’s a life-or-death matter. During this session, you will hear real-life examples of equity in action and learn specific steps you can take to advance equity in your own community. You will walk away with lessons learned and ideas for new resource options. By centering equity and learning together, we can work toward a country in which everyone has access to the full power of parks and recreation.