I’ve lost count of how many times I’ve asked and been asked this question. So, I’ve decided it’s time to break it down and explain what hashtags are and how parks and recreation can use them with a good ol’ who, what, when, where, why and how. You don’t have to be a social media genius to use them and they are definitely applicable for parks and recreation.

Who
You and your park and recreation department, of course! Anyone can use hashtags in social posts. Just don’t become an abuser of the hashtags—especially on your organization’s social platforms. 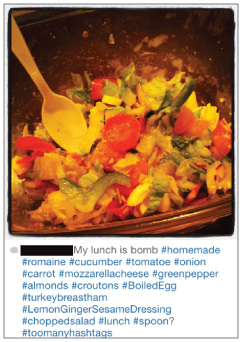 What
I really like this definition from How to Hashtag: “the # symbol, called a hashtag, is used to mark keywords or topics in a tweet. It was created organically by twitter users as a way to categorize their messages.”

Creating a hashtag is as simple as putting “#” in front of a word. Doing so makes the word clickable and tags your post with that hashtag. If you click on a hashtag, it pulls together all of the other posts with that same hashtag.

When
Hashtags can be used in almost any social post, but there are two good times to use them:

Watch the #SOTU last night? Great to hear that @LetsMove is helping to lower childhood obesity rates for the first time in 30 years!

After the President’s State of the Union address, #SOTU was trending all day. Chime in if you have something relevant to say!

So glad ya'll are tweeting with us! Keep it up! #NRPACongress pic.twitter.com/YkAPdvWCzQ

Why
Hashtags help draw visibility to you and your events. Besides some of the reasons mentioned above, hashtags can also be used to communicate about trail conditions, park closures, etc. By regularly hashtagging park, rec center or even city names in posts,

Miami-Dade does this to communicate about activities happening in their parks.

How
Adding “#” to the beginning of a word or phrase is the easiest part, but there are a couple other considerations. You always want to search the hashtag you intend to create to make sure that it’s unique, not already being used for another park, event or campaign, and to ensure it isn’t tied to anything salacious. The same goes for jumping on to a trending hashtag — make sure you know what it’s related to before you start adding it to your social posts. You’ll also want to keep any hashtags you create relatively short (on Twitter you only have 140 characters!). 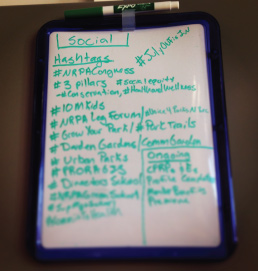 Make sure you keep track of the hashtags you create — you don’t want to forget which hashtag you use for what.

Social media is constantly changing. Today’s hot topics are in and out faster than you can blink. Let us know how you are using social media to engage with your community. Are you using hashtags at your parks and recreation? Any creative ideas that others could benefit from? Don’t be shy — brag about what you’re doing! Enough feedback just might prompt a follow-up post.