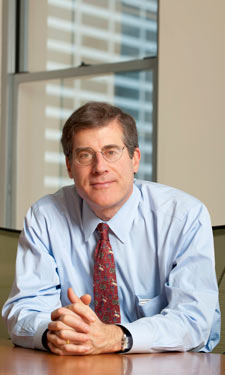 Daniel A. Biederman, president of Biederman Redevelopment Ventures, is well known for his work as a transformer of urban parks. While he is most famous for revitalizing Manhattan’s Bryant Park in the 1990s (primarily through corporate sponsorships), he has also guided other major U.S. cities like Boston, Dallas, and Atlanta as a consultant on public-private park partnerships, programming-friendly park design, and revenue enhancement.

I interviewed Dan recently on current developments in public-private park partnerships—and he shared his insights on new trends in partnerships, projects and programs to steer clear of, and California’s budget-dictated state park sponsorships.

As a third-party consultant who has helped bring many well-known parks together with private partners, what do you see as the most exciting trend taking place in public-private park partnerships?

The most exciting trend in partnerships is simply their growth into areas that traditionally have looked askance at private funding and control: the East and West coasts, and older cities specifically. Governments have a lot of money, but they tend to spend a lot of it on very expensive labor arrangements. Bringing in a private manager allows a return to closer-to-market arrangements, as well as more streamlined contracting and RFP processes.

Are there developments you’re seeing in this arena of public-private partnerships that you’d advise parks to embrace wholeheartedly? Any that they should be cautious about?

I think there are some costly trends in the field to be avoided: over-priced monumental sculpture and over-fussy water features in particular. Also, some landscape architects are falling in love with their symbolic gestures, which rarely produce many happy visitors.

You work primarily with urban parks. But do you have any comments or advice regarding the partnerships being formed to help state parks stay open in budget-challenged states like California?

California’s state parks commissioner is moving in exactly the right direction. The state has no alternative to trying to recruit some private sponsors, and it is well placed to do so given its status as a media capital. I’ve spoken with Commissioner Coleman, and we’re facing the same old arguments against private funding on each coast, including a very “cartoonish” exaggeration of the amount of attribution these sponsors generally require.