It’s funny how life works. Growing up, my aim in life was to become a great ad man. When I was thirteen years old I saw the movie “Boomerang,” in which Eddie Murphy starred as an advertising executive who had a very exciting life and I wanted to be that guy. His ability to develop ideas and create large scale advertising campaigns was something that intrigued me to no end. Advertising was my thing, watching the Super Bowl commercials was just as, if not more, exciting to me as was watching the actual game. 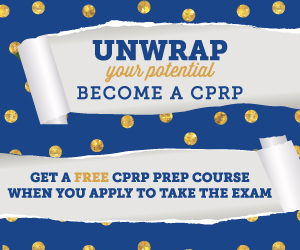 Upon graduating from the University of South Carolina with a BA in Journalism and Mass Communications, I was selected as one of the “Top 25 Most Promising Minority Students in Advertising” and had secured an internship with a local communications firm. I was ready to make my mark on the industry.

For the next seven years I was doing everything that I had dreamed of. Writing copy for radio and television, developing and implementing communications plans, delving into local politics and networking with some great people.

But throughout I always had the feeling that I needed to do more. I really wanted to help the community where I lived in some shape or fashion. I wanted to give back in some way and that is when I decided to attain a Master’s Degree in Public Administration. I wanted to work for an organization whose sole purpose was to serve the community and I found that with the Richland County Recreation Commission (RCRC) where I was hired as the Public Information Officer in 2009.

RCRC serves more than 260,000 people, offers more than 40 parks and facilities and has been CAPRA accredited since 2006, but the agency had only one Certified Park and Recreation Professional (CPRP) on staff. Over the past five years my role has changed and I am now in a leadership position as the Assistant Executive Director. As a leader, one of my obligations is to affect change and one of those changes was to encourage more of our staff to become more educated in the profession.

What better way to do that than attaining the CPRP designation?

Another obligation is to lead by example, so I was in the first group of staff who became certified in early 2014. The agency now has seven CPRP’s with another group currently in the process of attaining their designation. We decided to make this a priority to illustrate to our patrons and elected officials that our agency is committed to being a leader in providing quality park and recreation services.

It is already paying dividends, as the agency has embarked on initiatives such as: a campaign incorporating NRPA’s Three Pillars in everything we do; an increased presence on social media; and changing our rental process, which has resulted in an increase in revenue.

Personally, attaining the CPRP designation is rooted in my background in advertising. In advertising you have to develop ads that speak to many different people, so you have to understand and connect with people who have a different background and perspective than you. I wanted to connect with my staff and demonstrate to them that although I didn’t have a background in recreation, I am dedicated to this profession and that this isn’t just a job for me. Being able to speak the language of recreation and tell our story in an intelligent way will be a tremendous asset when I am advocating for our agency to elected officials.

I plan to have a long career in parks and recreation because I believe in what we do and understand the significance of our work, and becoming a Certified Park and Recreation Professional is the foundation for my future.